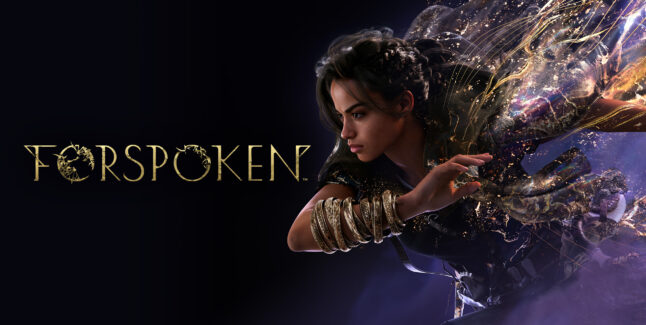 Still in doubt if you should play Forspokenn? Check out the awesome cinematic cutscenes that tie the game together in Forspoken: The Movie!

This video includes all the 4K UHD cutscenes & story-related gameplay found within the game, as well as the ending scene! Over five hours of footage in total.

The Forspoken story: “Mysteriously transported from New York City, Frey Holland finds herself trapped in the breathtaking land of Athia. A magical, sentient bracelet is inexplicably wrapped around her arm, and Frey discovers the ability to cast powerful spells and use magic to traverse the sprawling landscapes of Athia. Frey nicknames her new golden companion “Cuff” and sets off to find a way home.

Frey soon learns this beautiful land once flourished under the reign of benevolent matriarchs, called Tantas, until a devastating blight relentlessly corrupted everything it touched. The Break  transformed animals into beasts, men into monsters, and rich landscapes into four dangerous realms. At the center of their shattered domains, the Tantas now rule as maddened and evil sorceresses.

Unaffected by the Break and desperate for answers, Frey reluctantly agrees to help the last remaining citizens of Athia who see her as their only hope. Frey’s journey through this strange and treacherous land will take her deep into the heart of corruption where she must battle monstrous  creatures, confront the powerful Tantas, and uncover secrets that awaken something much more from within.”