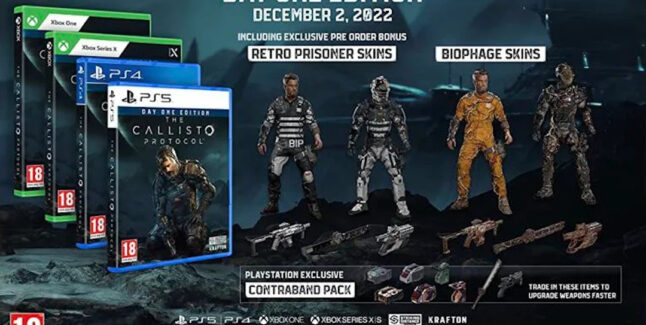 Here we will show you how to unlock all The Callisto Protocol codes with a cheats list that’s valid for the PC, PS4, PS5, Xbox One & Xbox Series X versions (where available).

Other The Callisto Protocol Guides:

Pre-order Bonus Free Items for the Day One Edition:

The Callisto Protocol New Game Plus

How to unlock New Game + in The Callisto Protocol: Update the game with patch 3.01 to get New Game + added to the Main Menu. It enables you to use your completed save and items to start a new run.

The Callisto Protocol Tips and Tricks

Striking Distance Studio’s brutal survival horror The Callisto Protocol is bringing sci-fi horror back to the mainstream. Here’s an introduction to everything you need to know about the game while you’re being attacked by gruesome mutated humans in a prison on the moon of Jupiter. That’s what’ll be happening to you in The Callisto Protocol, a game created by the twisted minds behind Dead Space.

Do you know of any The Callisto Protocol cheats or unlockables? Let us know in the comments, you’ll get credit for finding out. – Thanks for visiting!