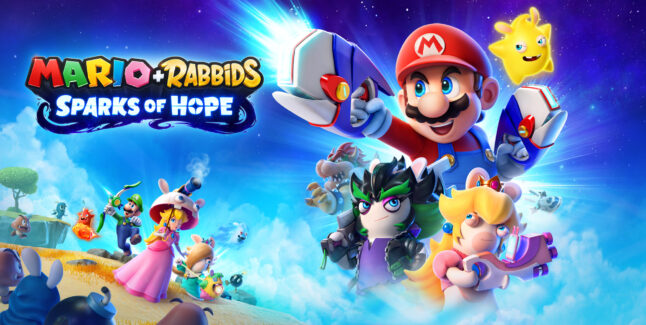 Here we will show you how to unlock all Mario + Rabbids Sparks of Hope codes with a cheats list that’s valid for the Nintendo Switch-exclusive title (where available).

How to get infinite freeroaming during battles:

That being said, it’s not as OP as it’s made out to be in most cases. You can’t dash attack and you can’t take cover, because enemies can only be dashed if they’re in your movement zone and you can only squat against blocks in your movement zone too (you can still stand somewhere that puts a block between you and an enemy that will physically block the enemy shot, but you can’t shoot around the corner or anything either – it’s like just standing in the open everywhere).

This video shows the one map type (get to location) where this is really good. On other maps this at best lets you make a Hail Mary offensive strike, but deep in enemy territory without being able to crouch behind cover means you’re probably going to get messed up on enemy phase.

Get to the edge of your movement range, preferably somewhere that you’ll “snap” to taking cover. Then switch to weapon targeting, or to another character — basically anything that removes your character’s movement range (and the invisible wall) from the map. Then switch back. Depending on where you’re standing and how the character moved when you switched, they might end up outside the movement range wall.

It can be done with any character, assuming you can get them to fidget outside of their movement box. It’s unclear if there’s any consistent way to do it or not, though.

WARNING: Attempting to perform this glitch in a certain way can permanently alter the skill tree of a character. It’s recommended use a copy of your save file if you don’t want your save permanently impacted by a glitch.

How to get infinite skill tree max upgrades for all characters:

The infinite skill tree upgrades glitch was discovered by MilsTailsPrower. It is executed by pressing A and B at the same time on one character’s screen to attempt an upgrade. If done correctly, the prompt to upgrade should stay open and you should be in the character select screen. From here, use the L, R, and Y buttons to navigate to another character’s skill tree.

The obvious implication of this glitch is that you can max out almost every character’s skill tree, even if you don’t have many skill orbs. There are a lot of minor nuances that aren’t covered in this video. When you navigate to a different character’s skill tree, you lose control of your menu movement. That means you can only upgrade skills that other characters have a corresponding tile for. One example of this is how Mario cannot max out his Stomp Jump damage unless you have Peach and Yoshi unlocked. Also, this glitch cannot be done in the Donkey Kong Adventure.

Free Bonus Items for All Editions:

Do you know of any Mario + Rabbids Sparks of Hope cheats or unlockables? Let us know in the comments, you’ll get credit for finding out. – Thanks for visiting!