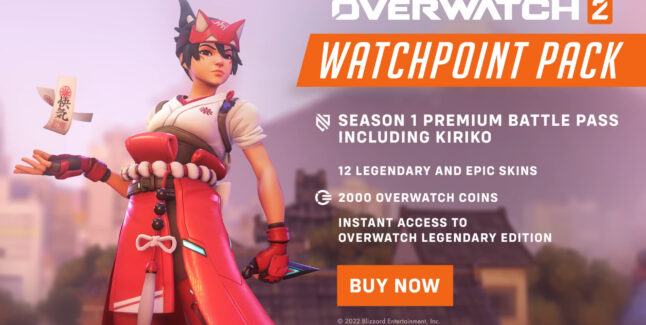 Here we will show you how to unlock all Overwatch 2 codes with a cheats list that’s valid for the PC, PS4, PS5, Switch, Xbox One & Xbox Series X versions (where available).

New players begin with access to a limited set of game modes, heroes, and some other restrictions to onboard them more gradually. The first phase of Blizzard’s new First Time User Experience rapidly unlocks all the game modes and the ability to voice chat in-game, and the second phase unlocks all the original Overwatch heroes over the course of approximately 100 matches. This focused experience eases new players into the world of Overwatch by teaching them about different modes, rules, and other high-level aspects of the game in an approachable way.

Note: Anyone with Overwatch play time recorded on their account and/or owners of the Watchpoint Pack will not have to play through the First Time User Experience in Overwatch 2, if they don’t want to.

Overwatch 2: How To Unlock Competitive Mode

Overwatch 2: How To Unlock All 32 Overwatch 1 Characters

How To Unlock Overwatch 1 Characters: While returning Overwatch 1 players will automatically have all Overwatch 1 characters unlocked, new Overwatch 2 players will need to do a little work… After unlocking Competitive Mode, continue playing until you win 100 Quick Play matches. To unlock all 32 hero characters, on average you’ll unlock one new hero every three matches.

Overwatch 2: How To Unlock All Overwatch 2 Characters

How To Unlock Overwatch 2 Characters: New characters can be unlocked by playing the free track of Overwatch 2’s Battle Pass.

How To Unlock The Kiriko Character: While returning Overwatch 1 players will automatically (for free) have the new healer support character Kiriko character unlocked, new Overwatch 2 players will need to either buy the Season 1 Premium Battle Pass to unlock access to her OR alternatively Kiriko is locked behind level 55 of the free Battle Pass.

Tips for new players: There are many changes and new additions to Overwatch 2. Time to get a jump start.

Tips for returning players: Overwatch can be a very daunting game to conquer alone without the guidance of a coach or a high level friend. Here’s how to get past the basics and really work on bettering yourself as you attempt to climb the ranks in Overwatch 2.

All Hero Ultimates and Abilities: Here are all Overwatch 2 heroes with quick start tips and advice!

These are all Overwatch 2 cheats on Xbox One, Xbox Series X, Switch, PS4, PS5 & PC. Until more are discovered, we made the handy Overwatch 2 guides listed above to help you with tips and tricks for the game!

Do you know of any Overwatch 2 cheats or unlockables? Let us know in the comments, you’ll get credit for finding out. – Thanks for visiting!