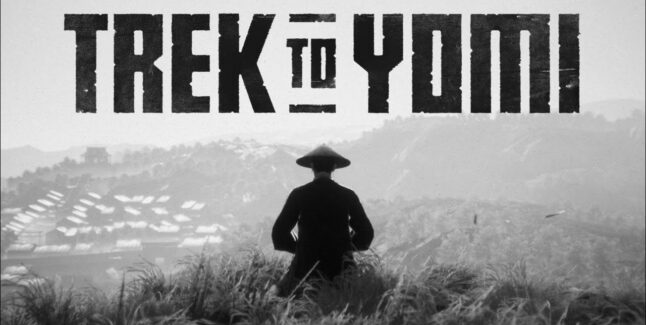 Here we will show you how to unlock all Trek to Yomi codes with a cheats list that’s valid for the PC, PS4, PS5, Xbox One & Xbox Series X versions (where available).

Index of Trek to Yomi Guides:

How to unlock One-Hit Kill Mode: After completing the game for the first time, you will unlock a ‘one hit one kill mode’. According to game director Marcin Kryszpin: “This special game mode is much faster, but you need to be much more careful because one mistake will literally cost you your life.”

How to get all 4 different endings:

The 3 main endings can be chosen between at the end of Chapter 6, where you’re asked to “Select Path:”

The 4th secret ending can only be triggered at the end of Chapter 3, by killing the Shogun Kagerou boss.

Trek to Yomi Tips and Tricks

Here’s a quick guide showing how to parry and counter attack in Trek to Yomi.

How to parry: Parrying is tricky in this game, but there is a visual cue you can use to help do it consistently. Look for a glint or reflection on an enemy’s blade, and as soon as you see it, press or hold the left shoulder button on your controller (L1 on PlayStation / LB on Xbox). The attack animation will slow down when you’ve timed it correctly. — Note: Some enemies will hide this glint, so keep an eye out for these sneaky enemies.

These are all Trek to Yomi cheats on Xbox One, Xbox Series X, PS4, PS5 & PC. We also made the handy Trek to Yomi guides listed above to help you with tips and tricks for the game!

Do you know of any Trek to Yomi cheats or unlockables? Let us know in the comments, you’ll get credit for finding out. – Thanks for visiting!