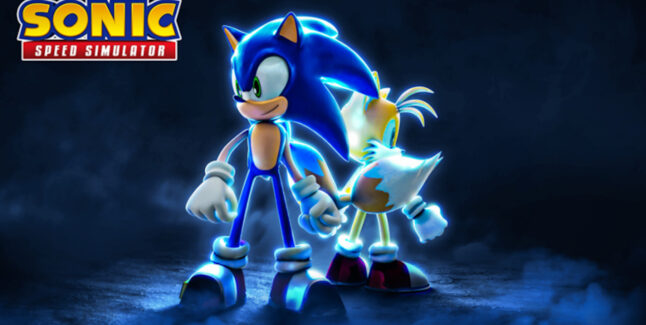 Game developer Gamefam, in collaboration with SEGA of America, announced the launch of Sonic Speed Simulator, an all-new game featuring SEGA’s entertainment icon, Sonic the Hedgehog. The game is now available on the Roblox platform and marks the first time that a world-renowned, AAA gaming character has been officially featured on Roblox. The game is be playable on PC, tablet, mobile & console via the designated Roblox app!

Sonic Speed Simulator is the fastest game in Roblox and features everyone’s favorite speedster, Sonic the Hedgehog. In the game, players will be able to level up and gain speed by running through multiple unique worlds while racing against friends to earn rewards, including pets that can increase stats and Sonic character skins. Players can also expect regular weekly updates and will earn an exclusive community Sonic the Hedgehog skin once the game has received 10,000 “likes” from players.

This is the latest in a long line of successful partnerships in which Gamefam has been entrusted to unlock the metaverse for beloved brands. The company previously worked with leading global innovators including Ubisoft, Mattel, Sony, MGA and more to create highly engaging experiences for players. With Gamefam’s proven expertise in building authentic and exciting games and the company’s creator-first approach to development, Gamefam continues to be the top choice for brands looking to connect with Roblox’s rapidly expanding user base.

Will you try out Sonic’s Roblox debut?