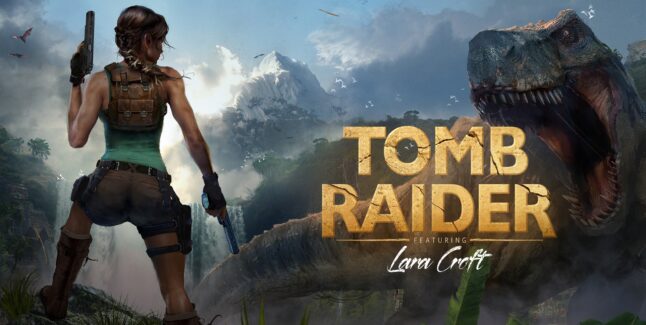 Square Enix and Crystal Dynamics have announced a brand new Tomb Raider Game — lovingly titled Tomb Raider 4 by the fans — which will use the just-released Unreal Engine 5 game engine for the latest and greatest visuals on PC, PlayStation 5 and Xbox Series X.

To quote: “Crystal Dynamics is incredibly excited about the future of Unreal and how it will help us take our storytelling to the next level. That’s why we’re proud to announce that our next Tomb Raider game is being built on Unreal Engine 5!”

Up next, take a look at fan-made footage from Unreal Engine 5 reels and imagine how the upcoming Tomb Raider 4 might look like using the newly confirmed engine.

Back in January 2021, Crystal Dynamics announced during a “Community Update: Tomb Raider 25 Year Celebration” video (shown below) that they had the intentions to “unify the [different Tomb Raider game] timelines including Core Design’s original work”, and create a brand new Tomb Raider game that would combine elements from all three main Tomb Raider series. In this new timeline, Lara would be a seasoned adventurer.

Watch an overview of Crystal Dynamics’s franchise philosophy moving forward, and a tease of what’s to come:

That coverage makes it sound like 2018’s Shadow of the Tomb Raider may have been the last of the third “Survivor” Lara Croft Trilogy of games, and this new Tomb Raider game may be yet another reboot. Which could end up being a great way to bring more classic Lara Croft fans into the new games, as they seem to love making them into trilogies. 🙂

Note: The top image is actually very recent official artwork by developer Crystal Dynamics, further hinting at another reboot that combines the looks of all past Lara Croft’s into one character with plenty of attitude and T-Rex *ss-kicking in her.

Are you excited to play Tomb Raider 4?