Home » News » The Legend of Zelda: Breath of the Wild 2 Release Date Delayed to 2023

The Legend of Zelda: Breath of the Wild 2 Release Date Delayed to 2023 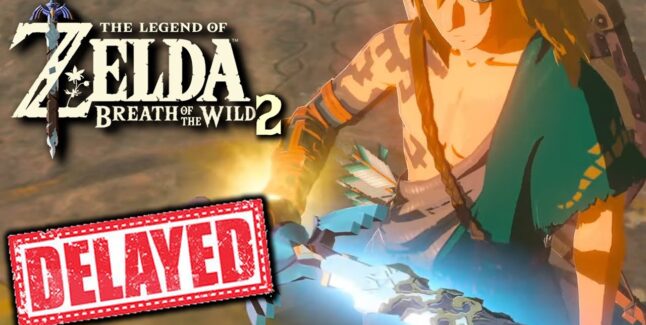 This is what the game’s director had to say:

We previously announced that we were aiming for a 2022 release for this game. However, we have decided to extend our development time a bit and change the release to Spring 2023.

For those of you who have been looking forward to a release this year, we apologize. [bows and then new gameplay footage is displayed]

As previously announced, the adventure in this sequel will take place not just on the ground as in the previous game, but also in the skies above. However, the expanded world goes beyond that, and there will be an even wider variety of features you can enjoy, including new encounters and new gameplay elements.

In order to make this game’s experience something special, the entire development team is continuing to work diligently on this game, so please wait a while longer. That’s all for today’s announcement. Thank you.”

Here’s the previous Zelda: Breath of the Wild 2 gameplay trailer:

Interesting enough, Digital Foundry (who mostly do tech spec analysis) think that Zelda: Breath of the Wild 2 is coming to both the original Switch and brand new Switch 4K Pro hardware.

Their main reasoning is that the volumetric clouds featured in the new trailer look “too advanced for the humble Switch’s processing power,” alongside the higher resolution and anti-aliasing techniques may point to the game potentially being a “cross-gen” release, similar to the original Zelda: Breath of the Wild’s release on both Wii U and Switch.

According to Digital Foundry video producer Alex Battaglia: “Aince they are delaying it now, I think this is going to be the equivalent of what we saw with Breath of the Wild, then, where it launches on the old and also on the new and we see the nice benefits of the new.” Hear the full discussion 23 minutes into the podcast.

I’d love Zelda: Breath of the Wild 2 having a visual UHD / 4K upgrade!

Are you excited to play Zelda: Breath of the Wild 2?

Tags: The Legend of Zelda: Breath of the Wild 2