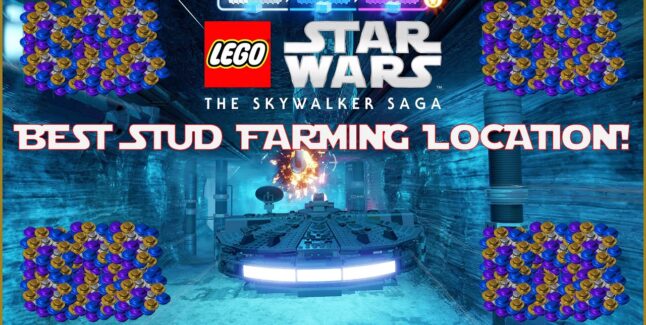 This Lego Star Wars: The Skywalker Saga money cheat will show you how to collect quick cash by taking advantage of easy money tips to increase your Studs count by 400 million Studs each time you play a level in the Switch, PC, PS4, PS5, Xbox One & Xbox Series X versions of the action-adventure game.

This video guide shows where you can do Lego Star Wars: The Skywalker Saga Stud farming:

Here we show you step-by-step how to get easy money by multiplying the Studs you collect! 😀

REQUIREMENTS: You’ll need to find 4 or 5 of the Lego Star Wars: The Skywalker Saga Datacards, then buy and activate at least 4 out of the 5 “Studs Score Multiplier Extra Menu Cheats” to get the needed extra Studs.

Credits for the discovery go to Jay & Joe.

If you have any more Lego Star Wars: The Skywalker Saga money cheats or tips, please leave a comment and we’ll add it to this guide with credit to you. 🙂