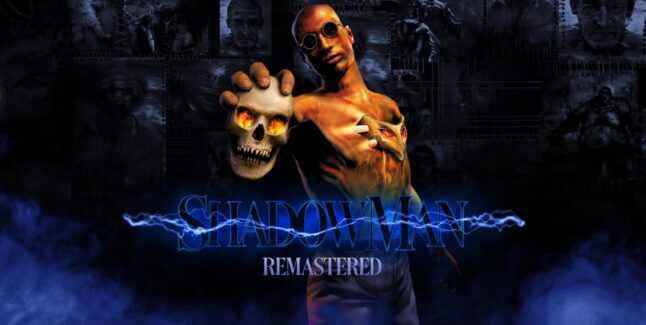 Here we will show you how to unlock all Shadowman Remastered codes with a cheats list that’s valid for the PC, PS4, Switch & Xbox One versions (where available).

How To Unlock All Cheats in the Secrets Menu: Find all 19 Secrets in our “Shadowman Remastered Secrets Locations Guide“.

This works for all versions of the game and lets you enable the following official cheats:

How To Unlock All Cheat Codes in the PC Version: [worked in the 1999 original]

How To Turn On PC Cheats: Open the Shadowman folder on your computer and locate the directory named: “data/scripts/menu/english”.
In that directory, find the files debug.msc and release.msc. Rename release.msc to release.old and then rename debug.msc to release.msc. Now start a New Game and the “Debug Display Options” menu will become available. It allows you to turn on cheats for invincibility, infinite ammo, unlimited money / Cadeaux and more. [Renaming both files to their original names again will restore the original settings.]

This only works for the PC version of the game and lets you enable the following character cheats:

How To Unlock The Playable Ollaflagebbies Character: In Level 7 kill the bear. Afterwards immediately lie down on the ground, and go back to the Alter. Then “Quit” your game and Start a “New Game”. You will now be playing as Ollaflagbbies.

How To Get The Best 60 Frames per Second Performance: The best Console versions “Settings” to get optimal performance on the Switch, PS4 & Xbox One, are obtained by doing the following…

On Switch only turn on:

On Xbox only turn off:

All Console Settings are tested in this Digital Foundry test video:

Do you know of any Shadowman Remastered cheats or unlockables? Let us know in the comments, you’ll get credit for finding out. – Thanks for visiting!