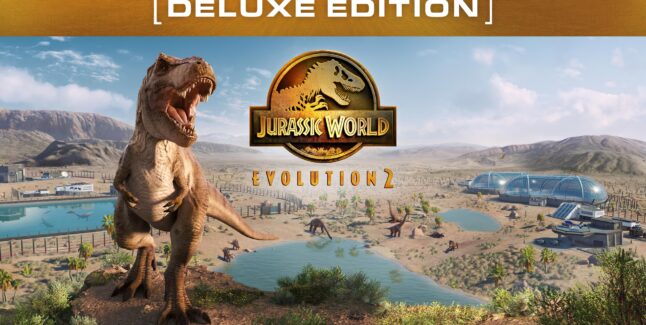 Here we will show you how to unlock all Jurassic World Evolution 2 codes with a cheats list that’s valid for the PC, PS4, PS5, Xbox One & Xbox Series X versions (where available).

Jurassic World Evolution 2 How To Unlock All Sandbox Unlocks

How to unlock everything fast in Jurassic World Evolution 2:

Find out how to get all Dinosaurs, Buildings, Skins and more Items in Sandbox Mode. You can unlock every Sandbox unlockable in the game by playing one easy challenge mode. This is important to know, because when you first start playing and go to the Sandbox you’ll quickly find out you’ve not got all items to play with.

First, play through the short campaign, so you unlock all regions on the world map. Second, the maps get unlocked by reaching only a 3 stars Park Rating in the different Chaos Theory Modes and Challenges. Every other Sandbox unlockable you get by playing through one easy Challenge Mode. Different Challenge Mode maps unlock by reaching a cumulative Park Rating of an X amount of stars, such as 9 stars to unlock the final map for Challenge Mode. So you don’t have to play through the entirety of the Challenge Modes to unlock all Skin Rewards, and you can play on Easy, Medium, Hard or Jurassic difficulty level to unlock everything. Make sure to release the newly unlocked dinosaurs into your park, so they become available.

If you want see where in the menus this all applies, check out this handy guide that starts 2:40 minutes into the video…

What DLC items are available:

Here are 10 handy Jurassic World Evolution 2 tips and tricks to get you started. A lot has changed from the first game, find out how to tackle some of the new mechanics and get those 5 star parks.

How to heal dinosaurs:

An Allosaurus has a Major Fracture during mission 2. This guide will tell you how you can diagnose and heal the various injuries and illnesses that can impact your dinosaurs during the campaign in Jurassic World Evolution 2.

How to transport & move dinosaurs:

Transporting dinosaurs was a bit cumbersome in the first game. This guide will give you a step-by-step guide on how you can transport dinosaurs after you’ve tranquilized them so that you can move them to a new pen or split them up from other dinosaurs.

How to build a nice Aviary for flying dinosaurs:

Do you know of any Jurassic World Evolution 2 cheats or unlockables? Let us know in the comments, you’ll get credit for finding out. – Thanks for visiting!