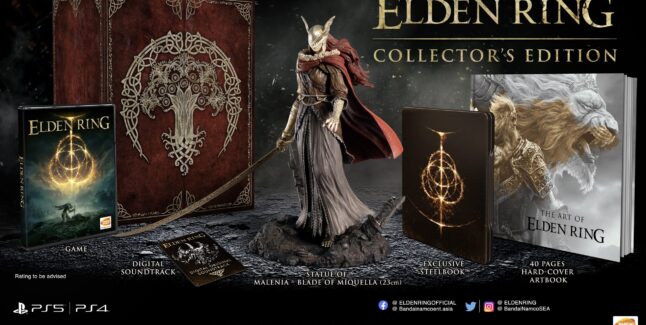 Experience a first look at ELDEN RING‘s fully-narrated gameplay, giving players a deep-dive into the different areas of the game:

Adventure and danger await any Tarnished daring enough to enter the LANDS BETWEEN and attempt to claim themselves The Elden Lord, starting on February 25, 2022, for PlayStation 5, PlayStation 4, Xbox Series X|S, Xbox One, or PC via STEAM.

The following versions of ELDEN RING have also been announced today.

ELDEN RING will officially be released on Friday, 25 February 2022.

Are you excited to play Elden Ring?