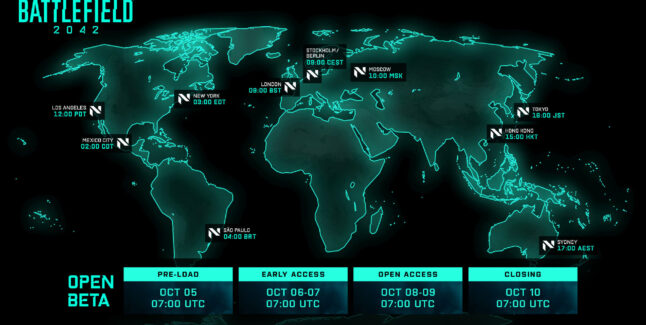 What is the Battlefield 2042 Beta release date?

Be among the first to experience the next generation of all-out warfare in the Battlefield 2042 Open Beta. Beta players will be able to join the fight on the Orbital map only, with a diverse selection of Specialists, cutting-edge weaponry, and vehicles to choose from.

Here’s the official party line: “Battlefield 2042 is a first-person shooter that marks the return to the iconic all-out warfare of the franchise. Adapt and overcome in a near-future world transformed by disorder. Squad up and bring a cutting-edge arsenal into dynamically-changing battlegrounds supporting 128 players [on next-gen consoles and PC], unprecedented scale, and epic destruction.”

Are you excited to play Battlefield 2042?