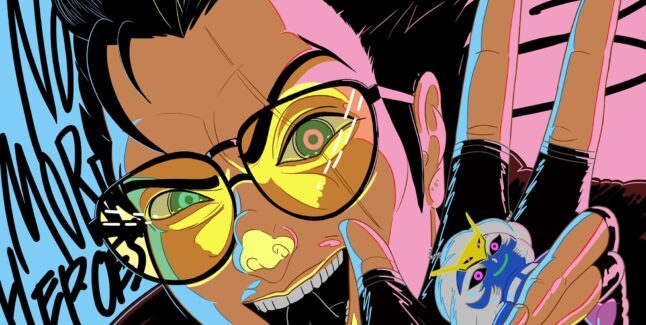 Are the No More Heroes 4 rumors true?

Yes and no. Yes, the Japanese No More Heroes series director Suda51 wants to make No More Heroes 4 one day, especially if the publisher wants to pay for it. But no, he wants to wait another 10 years to give himself and Travis Touchdown a well-deserved break from saving the world.

First, a little more detail on the sad goodbye (for now). Goichi “Suda51” Suda, the No More Heroes series creator and director on Twitter said his farewell to the games starring Travis Touchdown.

Second, in a recent Gamexplain interview Suda51 said that he DOES plan to make No More Heroes 4 someday. Like how it took 11 years to get from No More Heroes 2 to No More Heroes 3, he wants the franchise to go on a hiatus for 10 years before getting inspired enough to pick it up again.

To quote Suda51: “I’m able to take a rest and Travis is also able to take a rest. The team and I feel that the dude’s tired, spending the past five years in two different games. Which is why we probably wouldn’t give him another game for at least 10 years, assuming Grasshopper would make it.

One of the overarching themes of the series was a sort of Rocky-ish theme. A lot of Travis’s story reflects that of Rocky Balboa. So if Grasshopper were to make a No More Heroes 4, then what I would want to do — not to say this would definitely happen — is basically make the story reflect Rocky 4, where Rocky goes up against Drago. In No More Heroes 4, Travis would go up against a super hardcore enemy up North who is basically the No More Heroes version of Drago from Rocky 4.

Credit: Travis artwork at the top by Ushiki Masanori from the game’s character design team.

Would you like to play No More Heroes 4 in the near or far future?