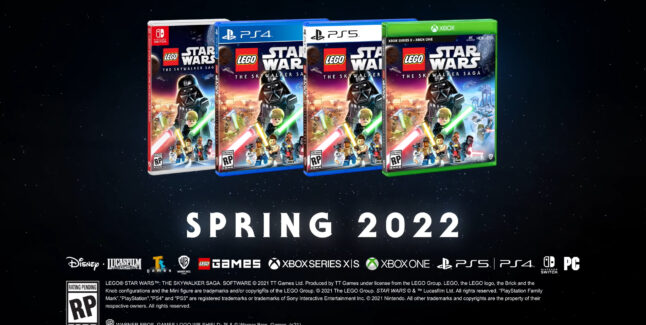 What is the Lego Star Wars: The Skywalker Saga release date?

“Experience a galaxy far, far away like never before in LEGO® Star Wars™: The Skywalker Saga — coming Spring 2022.”

For reference, here’s the original gameplay reveal trailer from one year ago.

Are you excited to play the next Lego game in 2022?