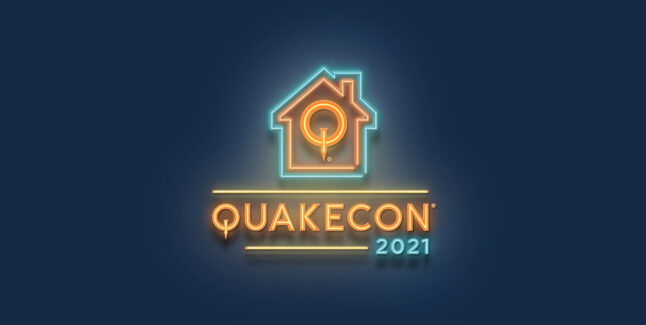 During the three days of QuakeCon 2021 plenty of awesome new game / DLC announcements have been made. Below is a roundup that details and shows trailers of the Quake: Enhanced Version with a brand new “Dimension of the Machine” Episode, 3 new Quake Collector’s Editions from Limited Run Games (without the limited part) and DOOM Eternal: The Ancient Gods – Part Two Switch release news next week, and much much more. Make sure to check out the Steam QuakeCon 2021 Sale.

Up first, Kevin Cloud and Marty Stratton from id Software and Jerk Gustafsson from MachineGames help breakdown whats to come in the new Quake 2021. Learn more about multiplayer, local play, mods, and more.

Limited Run Games, pioneers dedicated to the preservation of classic, current, and influential games in the physical format, announced today their three physical collector editions for Quake for PlayStation 4 and Nintendo Switch platforms. In partnership with Bethesda, the companies have joined forces to commemorate the iconic FPS that celebrates its 25th anniversary this year. Just in time to help kick-off QuakeCon 2021, fans and collectors can pre-order the Quake Standard Edition for $29.99, Quake Deluxe Edition for $79.99, and the Quake Ultimate Edition for $174.99.

Pre-orders begin on Aug. 27 at 10:00 a.m. EDT and end on Sep. 26. Quake fans are encouraged to sign-up for the Limited Run Games newsletter on the official website for future rare and collectible opportunities.

What’s in the physical box: Each edition includes a physical disc for the game and comes packed in a custom-made box inspired by the original 1996 box art design, featuring the classic Quake logo that is now synonymous with that halcyon era of first-person shooters in the 90’s.

“We believe your favorite games belong in a place of physical prominence on your gaming shelf” said Douglas Bogart, COO and Co-founder at Limited Run Games. “It’s been a pleasure working with Bethesda to create these special Quake editions packages that our Limited Run Games community will be able to receive and enjoy.”

The Ancient Gods – Part Two is the epic conclusion to the DOOM Slayer’s Saga and the second campaign expansion to the critically acclaimed DOOM Eternal.

You denied the gods and awoke an ancient evil. Now rally the scattered Sentinel armies, lay siege to the last bastion of Hell, break through the fortress walls, and face the Dark Lord himself. The soul of the universe hangs in the balance.

Your war against Hell ends here.

EXPERIENCE THE END OF THE SLAYER’S SAGA

Experience the epic conclusion to the DOOM Slayer’s saga. From the moment you were activated by Samuel Hayden at the UAC facility on Mars to the destruction of the Icon of Sin, all your battles have led to this. Prepare to siege Immora, the last bastion of the dark realm, challenge the Dark Lord in combat, and seal the demons within Hell for good.

From the ruins of ancient Sentinel settlements and the cosmic wonders of the World Spear, to a devastated and overgrown city on Earth hiding a mysterious gateway, face Hell’s armies in never-before-seen locations as you fight your way to Immora, the last bastion of the Dark Lord protected by towering walls and powered by advanced technology.

Face new, deadly variants of demons. The Armored Baron wears special armor and uses a charged fist attack. The Stone Imp possesses a nearly impenetrable hide and prefers close combat. The Screecher is a zombie that empowers nearby demons when killed. The Cursed Prowler is a mutation with venomous, cursed claws. Exploit their weaknesses to destroy them.

Deliver more destruction with the Sentinel Hammer, an ancient weapon capable of stopping any demons caught within its shockwave. Use it to stun demons or combine it with the Ice Bomb or Flame Belch to extract much-needed health or armor.

What QuakeCon 2021 announcement are you most excited for?