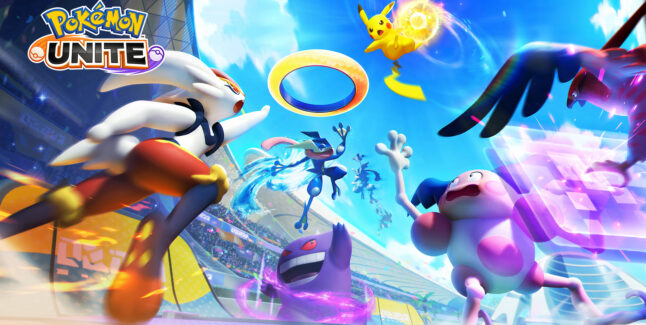 What is the Pokemon Unite Switch release date?

What is the Pokemon Unite iOS & Android mobile release date?

Pokémon’s first strategic team battle game, Pokémon UNITE, is arriving soon! The Nintendo Switch version is scheduled to come out first, this July. The mobile version is scheduled to be available for download starting in September. Cross-platform play between Nintendo Switch and mobile devices is planned, which will allow players to battle together and against one another.

Additionally, if you log in using your Nintendo Account or Pokémon Trainer Club account, you’ll be able to use your game data on any device. With this feature, you’ll be able to enjoy playing at home on your TV screen using the Nintendo Switch version, as well as easily play on the go using the mobile version.

Look forward to battling in Pokémon UNITE in French, Italian, German, and Spanish later this year.

Get ready to enjoy strategic team battles together in Pokémon UNITE!