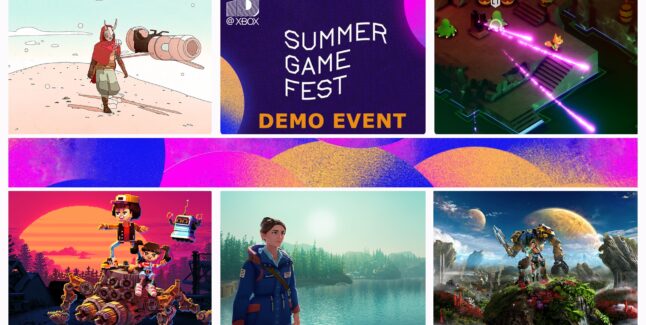 Due to Corona we may not be able to attend the E3 2021 gaming show live on the Los Angeles, USA showfloor. But instead for the second year in a row Microsoft will be bringing all those sweet sweet upcoming game demo downloads to your livingroom in the annual Xbox Summer Game Fest 2021 Demo Event that runs from June 15 to June 21, 2021! Here you can try out over 40 demos of upcoming unreleased games for Xbox Series X|S and Xbox One! And the demos will complete disappear from your console at the end of the event, so play them while you can! 😮

According to Xbox‘s Jessica Ronnell:

“Last Summer, we presented our first ever ID@Xbox Summer Game Fest Demo Event as part of Geoff Keighley’s Summer Game Fest promotion (which is like E3 but digital-only and all Summer). The feedback we received from fans was amazing! As a result, we’re excited to partner with Summer Game Fest again this year to give you another opportunity to discover lots of new games coming to Xbox.”

Here are 5 of the 40 game demos that were announced so far:

What you should know about this playable demo event:

Which Xbox games are you excited to play demos of?