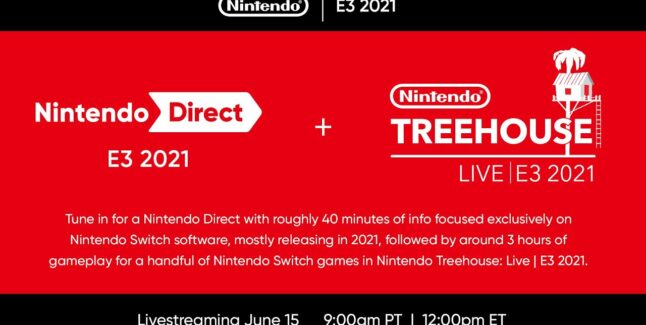 The E3 2021 Nintendo Press Conference is once again with Treehouse Live this year. The broadcast aired today, and has revealed brand new information about Nintendo’s Switch game lineup. Nintendo’s E3 2021 keynote conference started on June 15th at 9:00AM PDT (Pacific USA) / 12:00PM EDT (Eastern USA) / 5:00PM BST (London) / 2:00AM AEST (Sydney, Australia) opens for 40 minutes with a spotlight and the Treehouse gameplay demo livestream takes over afterwards for 3 hours. What follows is a bulletpoints roundup…

Missing from the show where Metroid Prime 4, Bayonetta 3, but at least No More Heroes 3 made it as a pre-recorded age-restricted video on the Nintendo channel that wasn’t broadcast live.
I’m sure Pokemon Brilliant Diamond and Shining Pearl will appear in a dedicated Nintendo Direct in the coming months.