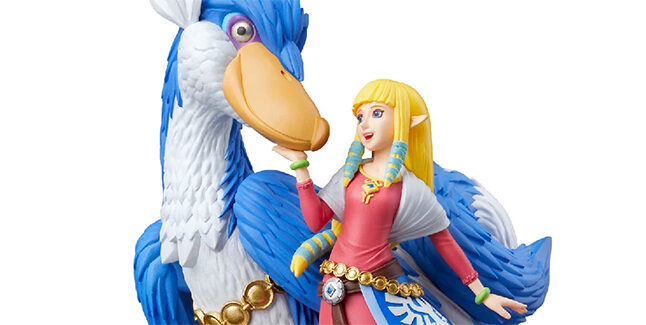 Nintendo has announced the “Zelda & Loftwing” amiibo figure, which will launch alongside The Legend of Zelda: Skyward Sword HD on July 16.

Here is an overview of the amiibo, via Nintendo:

The Zelda & Loftwing amiibo features two characters on a single base: Zelda as she appears in The Legend of Zelda: Skyward Sword HD, and her trusty Loftwing.

In The Legend of Zelda: Skyward Sword HD, Zelda is the hero Link’s childhood friend, and is always looking out for him. Loftwings are large birds living on the floating islands of Skyloft and are ridden by the people there to travel across the skies. 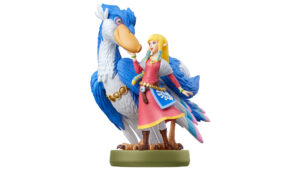 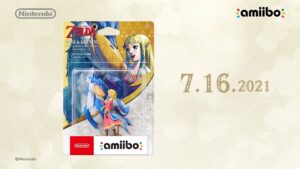 How to Use in the Game

In The Legend of Zelda: Skyward Sword HD, the adventure takes place between the skies where Link and his friends reside, and the vast world of the surface that lies beneath the clouds.

Normally, you can only return from the surface to the sky by way of designated save points, but using the Zelda & Loftwing amiibo while on the surface in the game will allow you to return to the skies from anywhere on the surface, even inside dungeons.

If you then use the Zelda & Loftwing amiibo again while in the sky, you can return to the spot on the surface where you used it before.

If you run out of items while exploring the surface, for example, you can quickly return to the Bazaar in Skyloft to replenish your supplies. Once you’re done shopping, the amiibo allows you to quickly zip back to the surface and pick up where you left off!