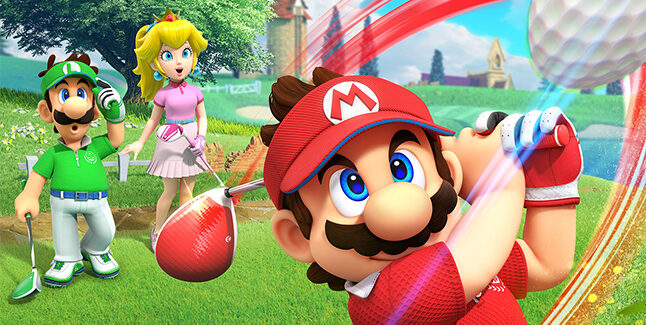 The trailer highlights the following features and modes, via Nintendo:

Speed Golf – In the new fast-paced mode Speed Golf, players tee off in unison and race through the course to sink the ball as fast as possible. It’s important to avoid the course’s various hazards and collect items that regain stamina while sprinting to the ball. Players can also use Special Dashes and Shots to swing victory in their favor.

Battle Golf – In Battle Golf—a more strategic variation of Speed Golf—nine holes are in play at the same time. The first player to score three of the nine holes claims the victory, so it’s key to stay ahead of opponents or risk losing out. 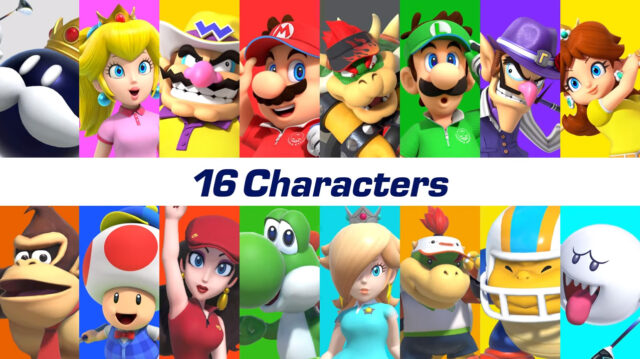 Golf Adventure – Solo players can go from rookie to pro when enrolling their Mii character at a country club in Golf Adventure. While interacting with familiar Mushroom Kingdom characters, they can learn how to play and take on a variety of challenges. Gaining experience makes it possible to level up the character, which can then be used in multiplayer modes.

Simple Controls – Simple button controls make it easy for new players and seasoned pros alike. It’s as simple as taking aim, choosing the shot strength and sending the ball flying. Additionally, it’s possible to use motion controls by holding a Joy-Con controller like a golf club.

Useful Tools – Curving a shot is an effective technique to avoid hazards, and putting spin on the ball affects how it rolls after landing. Several features are on hand to help conquer the course, including a shot gauge that adapts to the angle of the slope and a scan that makes it easier to read the terrain. 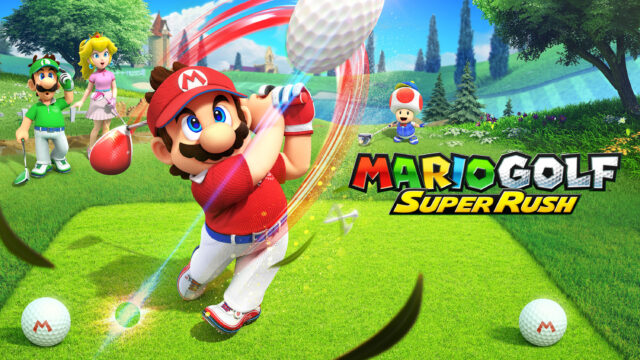 Tee Off with Family, Friends and Familiar Faces – Players can choose from a cast of 16 characters from the Super Mario series, each featuring different strengths and equipped with their own unique special moves. Pauline, Chargin’ Chuck and King Bob-omb will make their first appearance in the series. Players can hit the fairway with up to three others, both locally** and online***, in different modes.

Lavish Locations – From standard courses to courses with special hazards, every round of golf is different. There is a variety of six locations to choose from.

Mario Golf: Super Rush is due out for Switch on June 25.