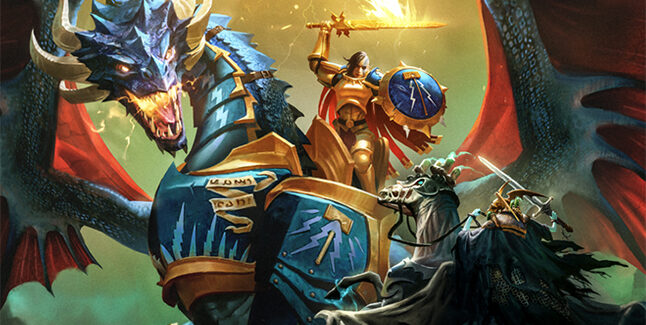 Get a first look at action-packed, turn-based combat in the Age of Sigmar: Storm Ground Gameplay Overview trailer. Developed by Gasket Games and published by Focus Home Interactive, Storm Ground is based on Games Workshop’s iconic fantasy IP “Age of Sigmar” – a dark-fantasy universe where immortal knights ride heavenly stardrakes to eradicate Death across a multitude of realms. Coming to PlayStation 4, Xbox One, Nintendo Switch, and PC on May 27.

Pick one of Storm Ground’s three factions – the stalwart Stormcast Eternals, the ghoulish Nighthaunt and the putrescent Maggotkin – and lead your highly-customisable force in this dynamic turn-based strategy game packed with fast-paced warfare. In campaign mode, upgrade your army by collecting new heroes, units, wargear, skills, weapons and more. New units will allow you to build your army your way, choosing who to field with every new battle and customizing every facet of their equipment to match your playstyle. 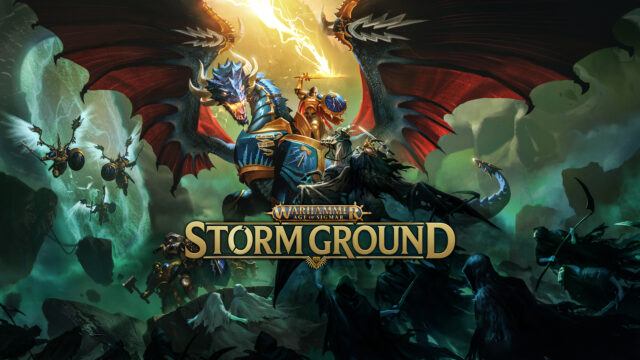 Each non-linear, procedurally-generated campaign will be a new experience whenever you begin it, meaning an endlessly replayable single-player offering. Multiplayer has you gaining a collection over time as you win more and more battles against other players online, changing your army as you earn more rewards.

Those battles are intense, tactical fights across a wide variety of battlefields in the realms of Life, Death, and Metal. Every tile has tactical relevance, from valuable high ground to aethyr pools brimming with energy and ancient chests filled with secrets and rewards. Use the strengths of your army to gain the upper hand, fighting on advantageous terrain and in situations where you can grasp victory.

Warhammer Age of Sigmar: Storm Ground comes to PlayStation 4, Xbox One, Nintendo Switch, and PC on May 27. Pre-order today to get a special discount and receive the Spoils of War Weapon Pack giving access to one exclusive weapon for each of the game’s three armies. Visit the official store for more information.