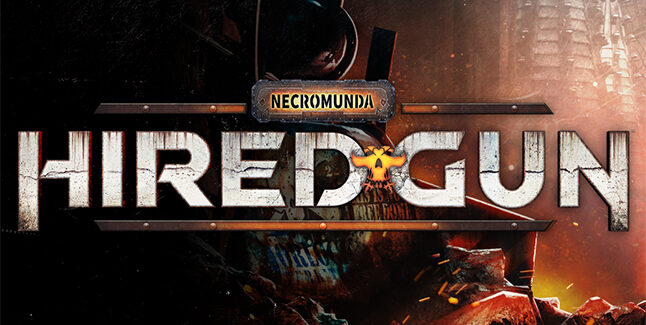 StreumOn Studio’s fast-paced FPS, Necromunda: Hired Gun, hits PC and consoles on June 1. The gritty, violent city of Necromunda awaits, a place where anything goes – for the right price. As a bounty hunter in this utopia of violence, it’s good to get to know everyone – be it for new contracts or knowing best who is likely to stab you in the back. Watch today’s new Enter the Hive trailer for a first glimpse of the people, places, and factions you’ll meet.

Check Out the Necromunda: Hired Gun ‘Enter the Hive’ Trailer:

Pick your contracts, hunt your targets, collect the bounty

Introduce yourself at Martyr’s End, the hub of all the action, contracts, and factions in your little corner of Necromunda. There you’ll meet everyone from Kal Jericho, the infamous bounty hunter who saved your life, to the local barmaid, who will keep you well stocked with information and liquor supplements. It’s also where you gear up, upgrade your bionic augments, customise your character, and decide on your next contract. Even your Mastiff knows where to find treats in this place!

Necromunda: Hired Gun is available for pre-order now on PlayStation 5, Xbox Series X|S, PlayStation 4, Xbox One, and PC. All pre-orders receive the Hunter’s Bounty pack, unique cosmetics for your knife, stub gun, and outfit. Each has a Guilder theme, with a blue paint job and hard metallic coating. A new dog chew toy is included too, giving your best boy the extra incentive to chase down his targets. 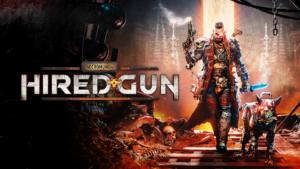 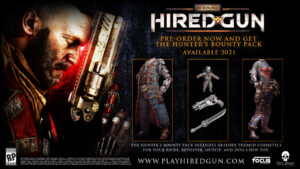 Navigate an ocean of crime and corruption to balance the bloody ecosystem of Necromunda as a merciless hired gun. The money’s good, the dog’s loyal, and the gun’s reliable – but can you survive the hunt? Necromunda: Hired Gun is an indie fast-paced, violent, and thrilling FPS set in the darkest reaches of Warhammer 40,000’s most infamous hive city.

For the right price, eliminate the most notorious gangers and mutants. Your armory is a sprawling arsenal. Your body is enhanced with a dozen customizable augments to run on walls and leap over chasms. Your cyber-mastiff will sniff out and kill enemies for you, while your grappling hook allows quick, agile traversal of the massive environments.

• Upgrade and fight alongside your loyal cyber-mastiff.

• Upgrade, advance, and level up as you collect bounties.