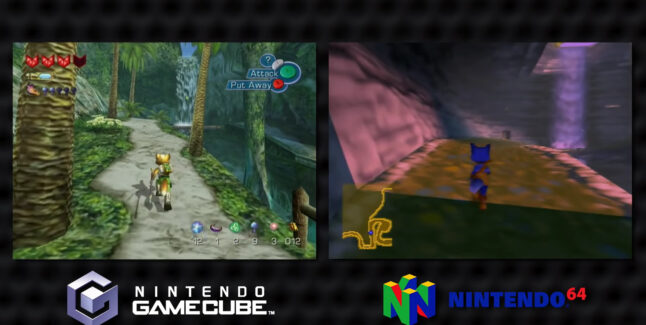 N64 fans and retro gamers are sure to get a kick out of the recent Dinosaur Planet N64 ROM leak!

Last month ForestofIllusion discovered advanced development code and compiled it into a ROM to play on Everdrive 64 and other N64 console flash cartridges originally intended for impressive homebrew N64 titles.

Dinosaur Planet was the last Nintendo 64 game developed by Rare and was thought to be lost – as late in development the original game had been revamped and repurposed as Star Fox Adventures for its next-gen Nintendo GameCube, which also was the last game Rare ever published with Nintendo.

However, with advanced development code for the game now released, it’s giving us a fascinating glimpse at the game that never was, with fans now trying to make the game wholly playable best they can. In a Digital Foundry Retro special, John Linneman examines the recovered code, compares the N64 and GameCube versions against each other — Hint: Within 2 years the game went from running in 15FPS on N64 to 60FPS on GameCube! — and brings you exclusive insights about the game from one of the people that made it… former Rare developer Kevin Bayliss (now still a character artist at Playtonic Games, known for making Banjo-Kazooie-type fun games).

Are you excited to play the original version of Dinosaur Planet? 😀