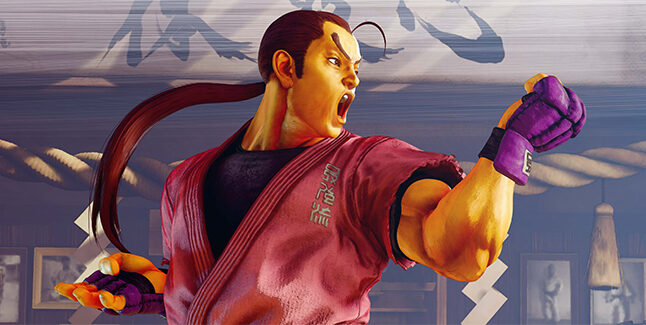 Dan taunts his way back in Street Fighter V to show who’s the strongest! No not me, Dan from the Capcom U.S.A. Community Team… I mean Dan Hibiki! This time around, Dan has been training harder than ever and has become even stronger than before, if that was even possible! Many of you will be surprised to find out how much of an offensive beast Dan has become. So let’s dive right in and learn all about the Master of Saikyo in Street Fighter V.

Both of Dan’s V-Skills allow him to cancel any of his moves to perform his signature Taunts. For V-Skill I, “Saikyo-Style Burairuten No Kamae,” this Taunt opens up many combo paths that would not normally be possible and can make many of Dan’s moves safe. With V-Skill II, “Saikyo-Style Otokoboe,” Dan can cancel almost any normal move (except crouching Heavy Kick) into another normal or special move, if properly timed. Watch out, though: these V-Skills will not only build Dan’s V-Gauge, but also the V-Gauge of his opponent! This will lead to some hectic fights as Dan’s new offensive powers also enable those he’s fighting.