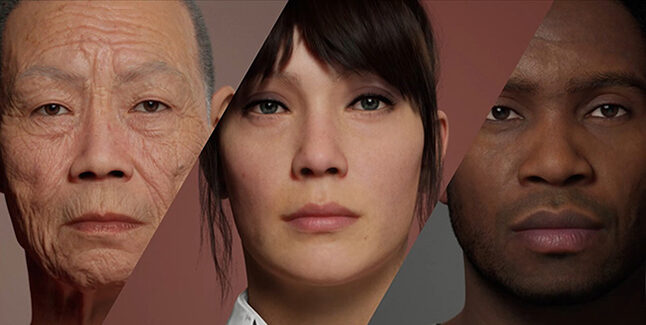 MetaHuman Creator lets developers create new characters that can be sculpted and crafted as desired. Developers can create single characters or scale up to make many; all with different features, hair-styles, and body types. These models can then be animated or motion-captured or work with a variety of other programs including Apple’s ARKit.

“Up until now one of the most arduous tasks in 3D content creation has been constructing truly convincing digital humans. Even the most experienced artists require significant amounts of time, effort, and equipment, just for one character,” Says Vladimir Mastilovic, vice president of Digital Humans Technology at Epic Games.

With MetaHuman Creator, Epic Games is offering a tool that can speed up a key process in game development, though MetaHuman Creator can also be used for non-gaming projects as well. Ultimately, it’s about streamlining development, something Epic is already doing with easily imported environment models and lighting with Unreal Engine 5.

MetaHuman Creator will release two fully finished sample characters to modify and use in projects running on Unreal Engine 4.26.1 and will be available in Early Access sometime in the next few months.

You can read more about MetaHuman Creator over on the Unreal Engine blog.