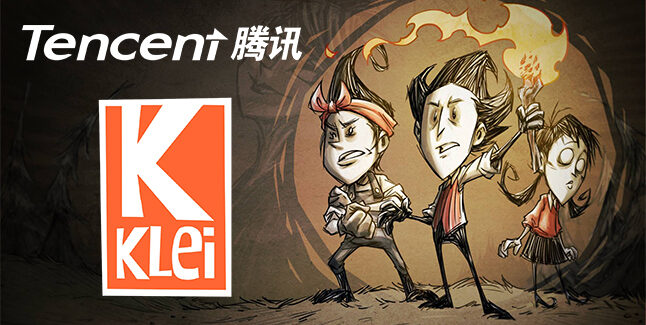 Tencent has entered into an agreement to acquire a majority stake in Don’t Starve and Mark of the Ninja developer Klei Entertainment, the companies announced.

According to Klei Entertainment founder Jaime “Bigfoot” Cheng, the developer will retail “full autonomy of creative and operations across all aspects of the studio, including projects, talent, and more.”

Here is a full FAQ on the acquisition:

There are some boring accounting changes that we will need to adjust to. Other than that, I will continue running the studio as before, with no changes to staffing, projects or other operations.

Why are we doing this?

Klei has been around for 15 years, and we have made many changes over the years in order to respond to a changing world. Consistently, my wish has been to enable people to do their best creative work, to learn and grow, to not have to worry about finances, and be able to enjoy their lives outside the studio. This has not changed.

This partnership helps us navigate a changing industry, and helps us focus on what we do best: making unique experiences that no one else can.

Tencent has been in the games industry for many years, investing in companies that produce games such as Path of Exile, League of Legends, PUBG, Clash of Clans, Fortnite, and more.

In 2016, Tencent helped us distribute Klei games in China, with Don’t Starve Together being the very first game to launch on their WeGame platform. More recently, we’ve been collaborating with them on Don’t Starve: Newhome on mobile.

We looked at a lot of different companies, and over the years, we’ve worked with a large number of publishers and distributors. Tencent is the only company that we felt would let us retain the level of control that we demand.

We’ve been working with Tencent for years and even at points where we disagreed, they were always willing to work with us to find the best solution for everybody involved and defer to us when we felt strongly.

How does this affect Klei games in China?

Players in China make up a large proportion of the players of our games, and we have been supporting them alongside our North American operation for several years. We don’t expect significant operational changes for China or anywhere else in the world, but we do expect that this partnership will help us to better support our players in China.