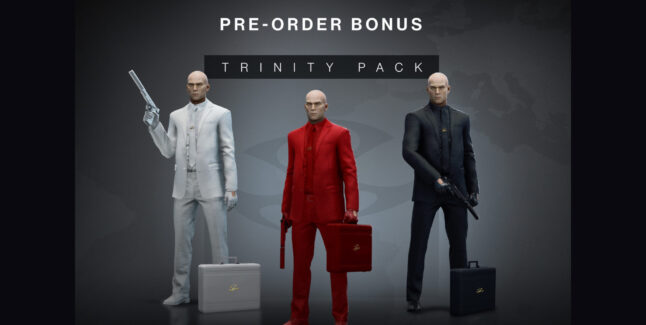 Here we will show you how to unlock all Hitman 3 codes with a cheats list that’s valid for the PC, PS4, PS5, Switch, Xbox One, Xbox Series X & Stadia versions (where available).

Gameplay Introduction: As Agent 47 embarks on the most important contracts of his career, you’ll be in full control of his deadly abilities, razor-sharp instincts and entire arsenal of weapons and tools. You’ll need them all to master the art of assassination.

HITMAN 3’s sandbox locations give you complete freedom to approach your objectives in any way you want. As well as the new multi-function camera, you’ll also be able to interact with the game world in new ways to access new opportunities and paths through each level. Want to organise a meeting with your target? Check. How about opening elevator doors to access a new route? You can do that too and so much more.

As you explore each mission and complete challenges, you’ll rise through 20 Mastery tracks that will unlock new tools, weapons and even Starting Locations that will let you begin your next playthrough with a big advantage – possibly even in a disguise. All of the items and weapons that you unlock in a Mastery track are added to your permanent inventory, so you’ll be able to pick and choose from them no matter what mission you want to take on next.

HITMAN 3 has been made with replayability front and centre. You simply cannot see and do everything that a mission has to offer in a single playthrough, and the Mastery tracks keep things fresh as you take new approaches, use new items and discover previously unexplored areas.

Depending on how you choose to complete your objectives, you’ll be awarded with a Playstyle at the end of each misson. From the coveted Silent Assassin to a Hired Gun and everything in between, there’s a Hitman style for every player. Maybe you’re a Marksman?

Tip: You can unlock new Tools and Weapons in the “Mastery Tracks”. This allows you to refine your approach as you advance across 20 Mastery tiers per level.

Protip: When you are holding anything, you can hold down the left and right shoulder buttons on your controller (L1 + R1 on PlayStation / RB & LB on Xbox / R & L on Switch) to bring up a “PLACE” interface that lets you carefully set down dangerous explosives such as bombs and mines.

Up next, 8 tips & tricks the game doesn’t tell you: From unlocked shortcuts carrying over across multiple saves to training your shots at the ICA Training Facility to become a better assassin.

There are no Hitman 3 cheats on Xbox One, Xbox Series X, Stadia, Switch, PS4, PS5 & PC yet. So until they are discovered, we made the handy Hitman 3 guides listed above to help you with tips and tricks for the game!

Do you know of any Hitman 3 cheats or unlockables? Let us know in the comments, you’ll get credit for finding out. – Thanks for visiting!