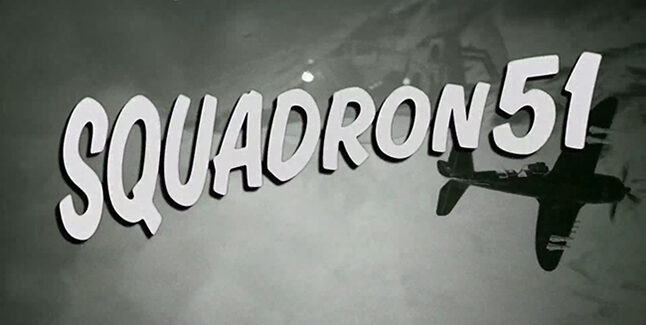 Prepare your battlestations; alien annihilation is on the horizon! Assemble Entertainment and China-based publishing partner WhisperGames have announced the very first title to be published as a result of the intergalactic alliance: Squadron 51.

Check Out the Squadron 51 New Trailer:

This dimension-bending shoot-‘em-up features 2D action in a world of deep 3D environments and is inspired by 1950s sci-fi icons such as War of the Worlds, Godzilla, and Dr. Strangelove. Squadron 51 is developed by Loomiarts and will launch its attack on Nintendo Switch, PlayStation 4, Xbox One, and Windows PC via Steam later this year.

Join the rebel cause as Lieutenant Kaya and face the unrelenting hostile alien aircraft, martian fighters, and monsters, all in the glorious black-and-white of the 1950s! The future of the Earth is in the hands of Squadron 51!

“We’re huge fans of classic sci-fi horror and we jumped at the opportunity to co-publish Squadron 51 with our partner WhisperGames,” said Assemble Entertainment CEO Stefan Marcinek. “Squadron 51 has found a loving home among Assemble Entertainment’s other award-winning titles known for their charming eccentricity. Fans of all genres will appreciate this delightfully original SHMUP.” 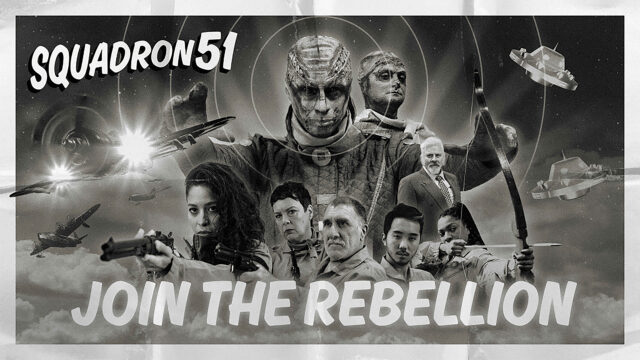 Warning! Extraterrestrials from outer space have arrived on our planet, bringing promises of a bright new future for the earthlings. However, this otherworldly partnership soon reveals a darker side as the VEGA Corporation, the alien enterprise led by the hideous Director Zarog, is imposing its predatory politics on the human race. In the midst of this oppression, the rebel group Squadron 51 rises as a response against the violent acts committed by these vile beings. Will the brave pilots of Squadron 51 and their aircraft stand a chance against Zarog’s diabolic fleet of flying saucers?

• 11 Ways to Save the World: Fight against enemy ships and bosses in 11 different environments – snowy mountains, forests, cityscapes, and more.

• Rookie Pilots Supported: Whether you’re a beginner or a veteran flying ace, Squadron 51 supports dynamic difficulty that allows every pilot to enjoy the alien extermination.

• Ducks Fly Together!: Fighting an alien horde is more fun with a squadmate! A second player can enter a level at any time — earn points with a co-op player and unlock together new special weapons and upgrades.

To learn more about Squadron 51 and add the game to your wishlist, visit the official Steam store page here. Squadron 51 will launch on Nintendo Switch, PlayStation 4, Xbox One, and Windows PC via Steam later in 2021.