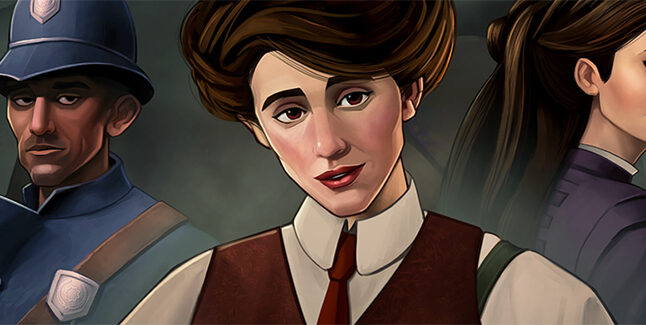 Failbetter Games are developing two new games, and today they are announcing the first one: Mask of the Rose, a romantic visual novel set in the Fallen London universe.

Watch the Mask of the Rose: a Fallen London Reveal Trailer:

“Mask of the Rose follows the lodgers in a boarding house a few months after Victorian London has been transported underground. There’s no sunlight. Not all of your new neighbours are human. Parliament is underwater, and the mysterious Masters of the Bazaar are now in charge,” said Creative Director Emily Short.

“The story is about how you all adjust to a world that works differently from everything you’re used to – and the friendships and romances you form while there.”

The art of Mask of the Rose draws on Film Noir, Victorian photography and Blitz-era Britain.

“Mask of the Rose is ‘Visual Novel meets The Neath’, an evolution of the Fallen London universe’s painterly art style, keeping the atmosphere of the original but deepening immersion with detailed characters and environments, background animations and new visual effects,” said Art Director Paul Arendt. 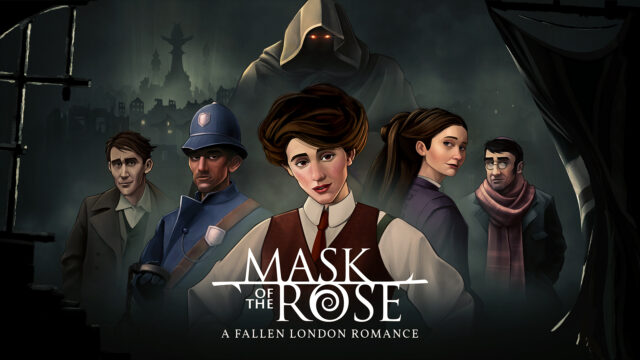 Mask of the Rose is a prequel to all of the other games set in the Fallen London universe, which include browser game Fallen London and literary RPGs Sunless Sea and Sunless Skies.

In 11 years, Fallen London has grown from a handful of stories to a 2.5-million word epic with tens of thousands of monthly players and more than a million registered accounts. It was perhaps the first commercial RPG to include a third gender option. In Sunless? Sea?, the player navigates an underground ocean. In Sunless? Skies the player takes a locomotive to the skies, in an alternative possible future for the events in Fallen London and Sunless Sea.

“For fans, Mask of the Rose offers a glimpse of events that we’ve never shown before, immediately after London fell. Players will get to spend more up-close and personal time with a few well-known characters and play through a story that’s more centered on individual relationships,” said Short.

“We’re building a story that doesn’t require any prior knowledge of the setting, but still has secrets that may surprise veterans.”

Failbetter Games are launching a Kickstarter campaign for Mask of the Rose in February 2021. The game is planned for release in 2022.

Most details for the second game are still under wraps.

“We can’t tell you much about the other game yet, but we can say that its game mechanics are very different from our past work, and that it takes place in a new setting,” said CEO Adam Myers.

Tags: Mask of the Rose: a Fallen London