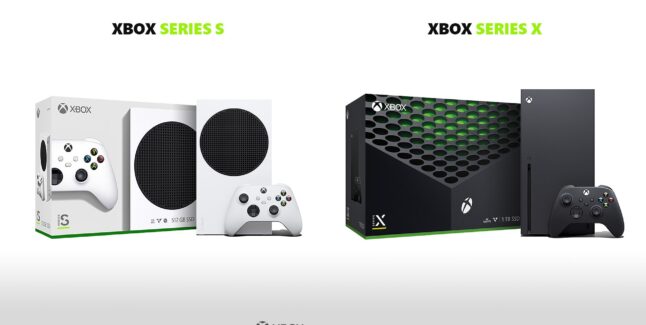 What’s in both editions of the Xbox Series X & S console box?

My X arrived this morning and the presentation when you open up the box is really spectacular considering you might expect a box in a box and instead you get a beautiful presentation of your new console. Really cool!

I’ve been downloading all the Xbox Series X compatible (4K HDR upgraded) games that come with Xbox Game Pass Ultimate all day, just filling up that 800GB harddrive. Instantly going from one game to the next with Quick Resume for up to 6 games is a joy. I’ve been going from Tetris Effect: Connected to The Touryst and of course from Gears 5 to Forza Horizon 4. Can’t wait to get a TV that’s compatible with HDMI 2.1 like the LG CX, so I can really see what HDR looks like at 120FPS, it’ll be bliss. ^_^

Note: One thing that made me a little sad upon turning it on was seeing there’s no green light coming through the top vent of the Xbox Series X console like all the promotional videos showed. The Wii had a really cool blue light across the front, as do the PS4 & PS5 have different light-up effects. Just wanted to share the new Xbox doesn’t have any lights.

Are you excited for the next-gen consoles arriving this week? Which are you getting?