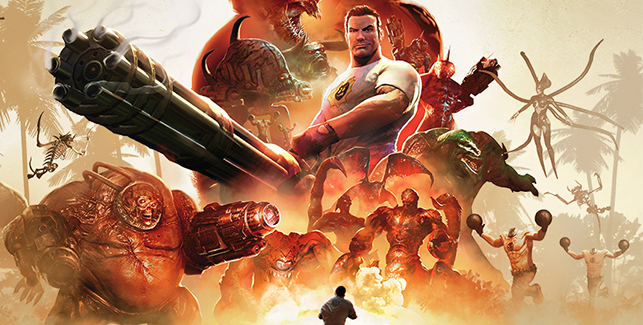 Serious Sam Collection, which first launched for Stadia on April 8, is coming to Switch via the Nintendo eShop on November 17 for $29.99, publisher Devolver Digital and developer Croteam announced. 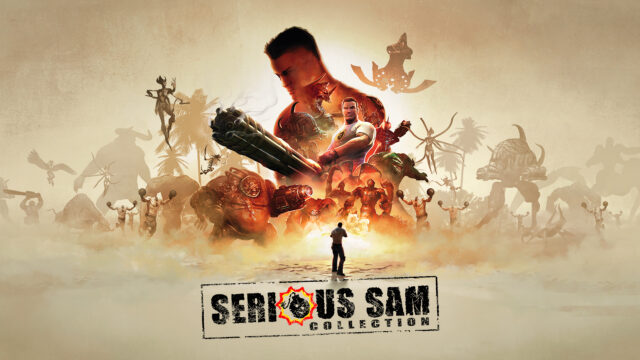 Here is an overview of the collection, via Nintendo.com:

Step into the shoes of the legendary action hero Sam “Serious” Stone!

“Experience one of the most explosive shooter game series of all time as you save the world from a merciless alien invasion. Visit the ruins of ancient Egypt and roam through the vivid arenas of South America fighting seemingly never-ending hordes of enemies using an extremely destructive arsenal including shotguns, heavy lasers, rocket launchers, a huge cannon and an iconic minigun.

Tired of playing alone? Go to war against Mental’s horde with up to 4 players in local co-op, blasting your way through the campaign or the stand-alone survival mode. Finally, put your skills to the test against other players in classic multiplayer modes including Deathmatch, Team Deathmatch, Capture the Flag and more.