Bubble Bobble 4 Friends: The Baron is Back Release Date Announced 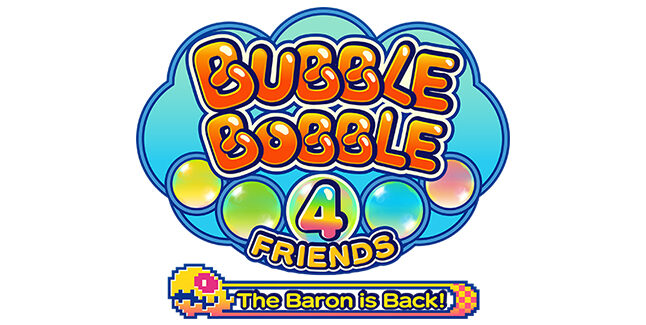 Bubble Bobble 4 Friends: The Baron is Back will be available digitally and in physical editions in America, Europe, Australia and New Zealand on 17th November 2020. 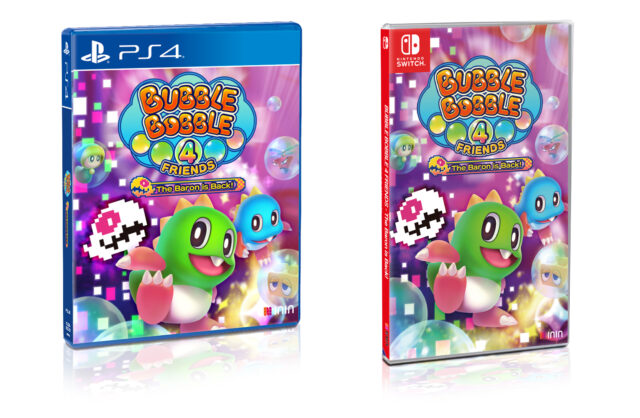 Bubble Bobble 4 Friends on Nintendo Switch received praise and acclaim from the critics and fans although many requested more content. Taito and ININ Games listened, hence its return and PlayStation 4 debut along with a favourite character to spice up this platform feast. Conveying even more exciting challenges and more ‘Bubble Bursting’ addictive mayhem, it looks and plays like a dream. Beware though the infamous Baron marks his appearance within 100 unique new stages: twice as many stages as before to offer unprecedented confrontations!!! Nintendo Switch will not miss out either for, if you purchased the original title, the extra content can be downloadable free on release and new purchasers of course will get this bumper game in full!

About the Game. Simple – Smart – Addictive

The cutesy adorable Bub and Bob are ready to float to the challenge presented. Bubble Bobble 4 Friends: The Baron is Back is a single-screen platform action game released as a complete new addition to the legendary Bubble Bobble series, in which you control the bubble dragons Bub and Bob, clearing stages by blowing bubbles to trap enemies, then bursting them to defeat them. Players can acquire special skills by completing an area, and level them up by collecting letter bubbles that form the word “EXTEND”. You can play together in multiplayer with up to four players. Also included is the original arcade version of Bubble Bobble.

Tags: Bubble Bobble 4 Friends: The Baron is Back