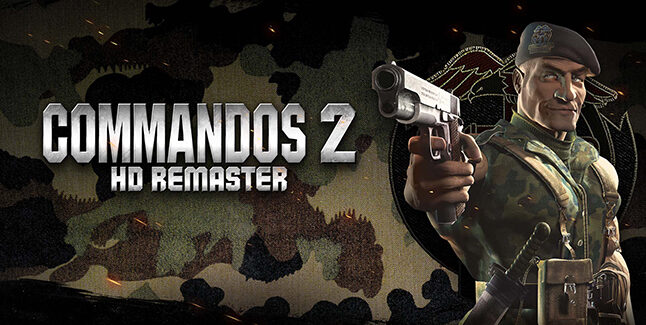 Publisher Kalypso Media has announced that the HD remaster of celebrated strategy pioneer Commandos 2 will launch on the Nintendo Switch family of consoles 4th December, 2020. An announcement and gameplay trailer can be viewed above, showing Commandos 2 HD Remaster in action for the very first time on Nintendo Switch.

Commandos 2 HD Remaster is a true homage to one of gaming’s most celebrated masterpieces. Originally developed by the legendary Pyro Studios, relive the real-time tactics masterpiece that defined the genre like no other for the first time on Nintendo Switch.

Take control of an elite group of Allied commandos who must venture deep into enemy territory and utilize their combined expertise to complete a series of progressively demanding missions. In this World War II genre-defining classic, explore interactive environments and use unique skill sets to complete missions against seemingly impossible odds.

• Experience the Commandos series in HD for the first time on Nintendo Switch.

• Every tutorial and campaign mission revamped with reworked controls and modernised UI.

• Access authentic WWII vehicles, scenarios and weaponry such as tanks and bazookas.

• Play as an eclectic cast of characters, including Green Beret, Sniper and Whiskey the dog.

• Experiment with skills and approaches in challenging, against-the-odds style gameplay.