PlayStation Plus Games for November 2020 Announced

Sony Interactive Entertainment has announced the November 2020 lineup of free games for PlayStation Plus subscribers.

The lineup is as follows:

• Bugsnax (PS5-Only) – The very first PS5 game to join PlayStation Plus is Young Horses’ ultra-charming, whimsical first-person adventure Bugsnax! Play an investigative journalist who has set out to explore Snaktooth Island, home to legendary half-bug half-snack creatures, Bugsnax. Discover, hunt and capture all 100 critters while also tracking down and reuniting the island’s inhabitants. 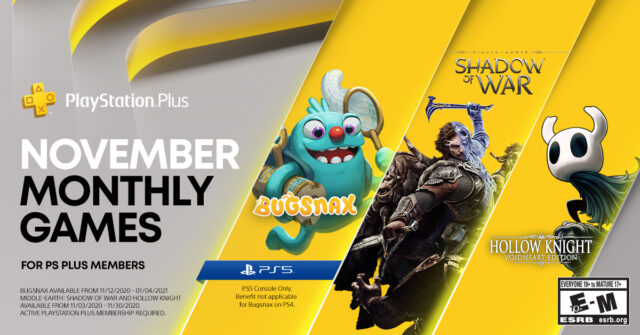 • Middle-earth: Shadow of War – Set between the events of The Hobbit and The Lord of the Rings, Middle-earth: Shadow of War beckons you once more into JRR Tolkien’s iconic world of wizards, orcs and elves. Go behind enemy lines to forge your army, conquer Fortresses and dominate Mordor from within. Experience how the Nemesis System creates unique personal stories with every enemy and follower, and confront the full power of the Dark Lord Sauron and his Ringwraiths in this epic new story of Middle-earth. 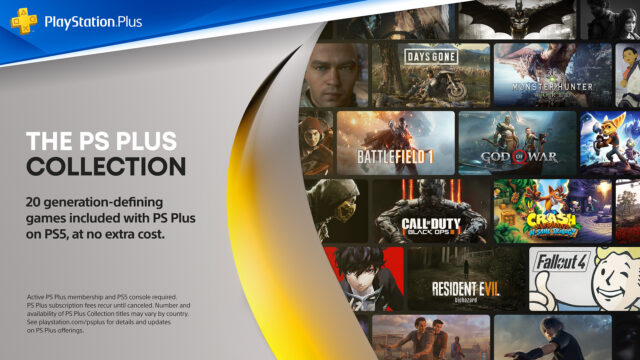