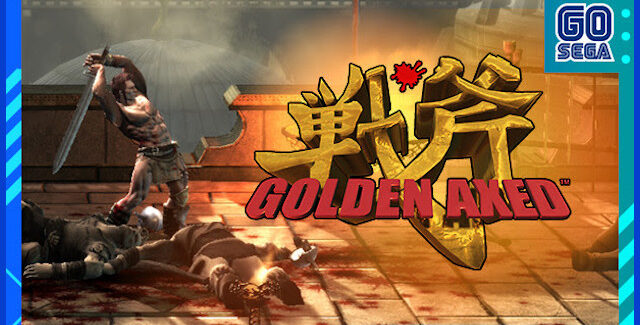 Sega’s celebrating its 60th birthday by releasing a free Golden Axed: A Cancelled Prototype download on PC for one day only. Depending on where you live, it’ll be available on Steam between October 18-19, 2020. So click that download button quickly before it disappears!

You can take a look at the Sega 60th Anniversary Steam page that includes daily free games like Sonic The Hedgehog 2. And discounts like 58 SEGA Mega Drive and Genesis Classics for around $9 / €7,66 or 7 Dreamcast Collection games for $12 / €10,33.

Take a look at the Golden Axe 2012 game in this trailer:

Watch a full playthrough of the Golden Axed: A Cancelled Prototype:

While it’s awesome Sega pulled this prototype (originally titled Golden Axe: Reborn) out of their vault and released it to the public, it’s sad that this 4-player 1 level prototype was created back in 2012 in 2 weeks under crunch conditions by the in 2013 gone defunct Sega Studios Australia.

The prototype was created by a few developers, Tim Dawson, Sanatana Mishra, some animators like Koji@OZ, and Dean‘s art team.

Here is Tim Dawson’s not-so-fond recollection of making it:

“Woke up to the surprising news that Sega is releasing the Golden Axe prototype I coded in 2012 under crunch conditions.

At least I’m not alone – this appears to be a surprise to everyone I know who actually worked on it https://store.steampowered.com/app/1368460/Golden_Axed_A_Cancelled_Prototype/

This project was my personal nexus of nightmare hours, inept management, industry realisations and heroics achieved with a small team under unreasonable conditions, so it’s an odd feeling to see it surface eight years later without context, credits and with a joke title sequence.

It exists because @SanatanaMishra and I had delivered the Castle of Illusion prototype that was maintaining the studio.

A producer we trusted asked us if we could make a ‘polished gameplay prototype’ for an internal Golden Axe pitch in about two weeks to land a second project.

We agreed because we were assured management wanted us to develop it ‘our way’ (ie another miracle please) but did mandate a darker, bloodier Golden Axe, with splatter and decapitations and two button combat.

So we tried to combine all that with the spirit of the original game.

This would have been a difficult line to walk at any time but we had two weeks and no time to iterate.

So we made do, just really attacked the design knowing we wouldn’t be able to course correct much, but luckily we had a talented team of artists, animators and sound designers.

Much less luckily we also had the lead designer who thought he was designing it, and sometimes @SanatanaMishra would have to physically block him from reaching my workstation or he’d start explaining insights he’d received playing the mobile port on the train on the way to work.

He took to inventing arbitrary challenges like “management want to see an attack animation playing in game by the end of the day or they’ll think the project is in trouble” while I was busy coding enemy ai and the soft lock combo system simultaneously.

A week or so in, the lead campaigned for branching the prototype and making a Streets of Rage pitch concurrently because to him they were the same game.

It took me sending a 2am email to the studio head and a “lets go for a coffee and a chat” the next morning to get that stopped.

But the biggest gut punch came a week and a half in – combat was working, it was all on track! I was called for a meeting in the big room, so I put the latest build on the network and went to see what was up. All of management was sitting around the big table.

I showed the game.

There was a pause, “where’s the wow factor” someone asked.

The lead designer once again complained it wasn’t a God of War-like 3D brawler like he wanted.

Someone said maybe it’d have been better to have made a prerendered video where the barbarian fought a monster.

I experienced a moment of clarity…

Either they couldn’t see what was in front of them or wanted me to feel bad because it’s the only way they knew how to manage.

I was ‘the guy who makes playable prototypes’, I had over delivered and if they didn’t want that, THEY had screwed up.

I had been working 14 hour days but I went home on time that day.

I lay on my bed staring at the ceiling. They didn’t want it. They wanted something else entirely.

I came to my conclusion – they didn’t matter, I would continue doing exactly what I intended to do and try to deliver what @SanatanaMishra and I had planned in the beginning.

The finished build was revealed, and the same management team that negged me earlier lined up to tell me how good it was now.

I felt dead inside.

Not just because of a couple of long 7 day work weeks and start of the RSI in my right arm that would go on to jeopardise development of @AndroidCactus , but because I had no trust left in the people who ran things.

From the Steam Page: “Golden Axed may be janky, may be buggy, may be an artifact of its time, but it offers a unique glimpse into the prospect of a project that could have been”

If you’re excited to play an old prototype, that’s fine! Bunch of people including me worked hard on it And obviously Sega owns it and any work I did, it’s just a bit weird they’re saying they reached out to the original team.

[That said] I think people should check it out if they’re curious! We did work hard on it, it just feels weird to see it surface now and under these circumstances.

It’s worth clarifying this was at a specific studio (Sega Studios Australia) that has since shut down and I can’t speak of Sega as a whole.

It’s [also] worth noting at the time I was an animator, and still teaching myself programming and I don’t think they understood how unreasonable their request was.

I mean, it is what it is! A long cancelled internal prototype.

I mean, it’ll take all of a minute or two, you can’t run out of lives and the magic system never got implemented so I just drew it on the HUD to show we remembered it existed, but it’s fun when the helmets fly off.

It’s difficult to juggle respect and understanding of the original while bringing something new to the table, then packing all that into a prototype which is more like a tease or a taste of where we were hoping to take it.

[On if fans should play it] Sure, why not! XD I’m assuming they’re not charging for it.

Despite sharing @SanatanaMishra’s regrets about not being able to explore the design properly, there’s a decent amount of depth – attacks have different ranges, if they hit in an arc or not, and if they trigger knockback Enemies in knockback can then knock down their friends!

Interestingly enough, a feature that wasn’t requested at all was co-op multiplayer! Not on my watch, buddy While there was never going to be enough time to make more characters, @CheeseBurgerson’s art team were able to provide a fine selection of alternate colour loincloths.

In co-op you can absolutely attack other players, because, well, Golden Axe.

While I got to do very little animation myself, I had a lot of fun working with the animators to vary the way enemies entered combat – jumping out of windows, warming their hands by a brazier, scaling the foreground wall or just chilling with Death=Adder while waiting their turn.

After @BrentOnInternet tweeted about it, I went and found the old leaked footage to confirm that flags/fabrics are missing, the brazier’s lit wrong and the throne room floor lacks a reflection so if you liked the prototype, keep in mind the version we pitched looked even better!”

What do you think of the Golden Axe: Reborn prototype?