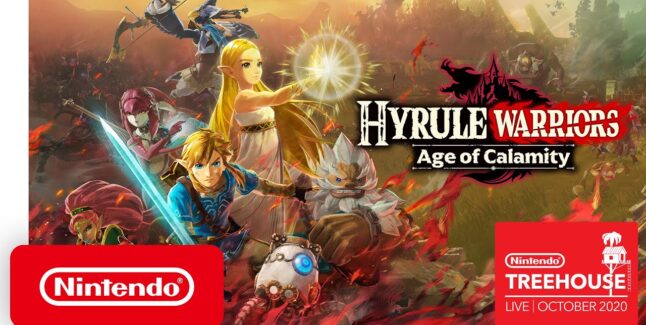 Take a look at this Pikmin 3 Deluxe deep dive featuring a new stage exclusive to the Switch version of the originally Wii U title.

Journey to planet PNF-404 by checking out this look into what’s new in Pikmin 3 Deluxe for Nintendo Switch, launching Friday, October 30th, 2020!

Next, join the Nintendo Treehouse team for a brand-new look at gameplay in Hyrule Warriors: Age of Calamity, including first-ever gameplay of Urbosa and Zelda! Impa’s there too!

Take a look at this Hyrule Warriors: Age of Calamity gameplay reveal for Nintendo Switch, the game is launching Friday, November 20th, 2020.

Tip: If you’re interested in buying both of these Nintendo games digitally, you should check out a permanent discount Nintendo’s been giving on the Switch’s eShop. Under either the Discounts or the Nintendo Online section of the eShop, look up the $100 / €100 voucher Nintendo is selling that lets you buy 2 Nintendo games. So instead of the $120 / €120 pricetag, you get a $20 / €20 discount.

Are you excited for these upcoming Nintendo Switch games?