Soulslike Metroidvania GRIME Coming to PC and Other Platforms in 2021 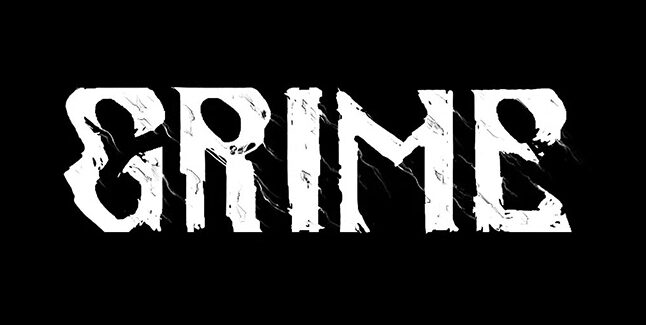 Announced at IGN’s presentation of Awesome Indies during Gamescom, Akupara Games will be publishing Clover Bite’s highly anticipated soulslike metroidvania, GRIME. Clover Bite projects that GRIME will launch sometime in 2021, with Steam being the only platform announced for now, with other platforms to be announced at a later date.

Check Out the GRIME Reveal Trailer:

Destroy… Absorb… Grow… GRIME is a fast and unforgiving Action-Adventure RPG in which you crush your foes with living weapons that mutate form and function, and then consume their remains with a black hole to strengthen your vessel as you break apart a world of anatomical horror and intrigue.

An unusual material collapses in on itself, the world shudders and contracts, and suddenly you are squeezed into existence. What awaits you is a world unknown, alien in its own familiarity, and you must survive what terrors you face. Explore your surreal surroundings, absorb the many enemies you encounter, and use their own traits against them as you let yourself become far more than you once were.

GRIME lets you play to your preference, upgrading only those traits you feel most suited to your unique style. You’ll find there is more than one way to break open an enemy as you move through a variety of evocative environments, meet their inhabitants, and discover the source of their madness. 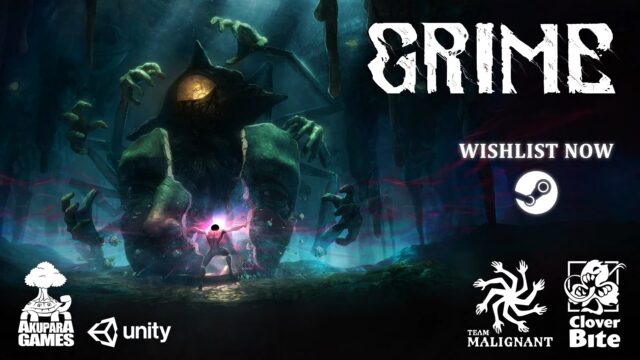 • Eye-Popping Surrealism – Uncover mysterious secrets in weeping caves and face-covered desserts. Meet otherworldly characters in distinct civilizations across an organic, interconnected world – all rendered in unearthly 3D. Face foes born of the world itself, and swallow them whole.

• Living Weapons – Seamlessly swap weapons made of living creatures that mutate form during combat, from clawing swords to centipede whips.

• Death-Defying Combat – Punish enemies by parrying their attacks, smash them from the ground or even airborne, and absorb them to grow your strength as you wage war on a living world.

• Unique Skill Progression – Hunt down and absorb challenging monsters to improve your skills and bring true customization to your play style.

• Challenge Menacing Bosses – Battle against creatures dozens of times your size. Adapt to their strategies, withstand their assault, and consume them to gain game-changing abilities that affect both combat and traversal.