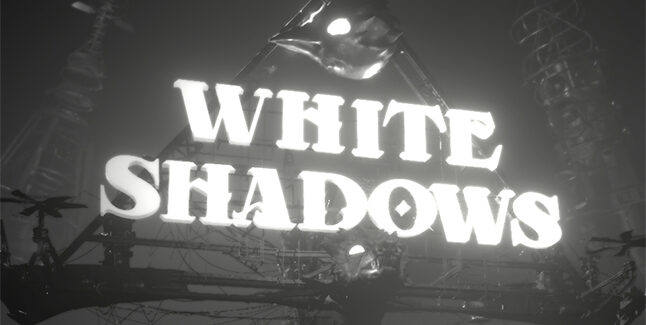 Headup announces White Shadows in collaboration with games publisher Mixtvision and the media production studio Monokel. The extraordinary puzzle platformer is set for next-gen consoles and the PC in 2021.

White Shadows is a modern fable, a distorted mirror of our own world, funny, fucked up and a little meaningful.

Some time ago, the great war led to a plague which wiped almost all living things from the face of the earth. Or so they say. Nobody is safe outside the White City, and the birds are to blame for the plague. Or so they say. Only a shining coat of fresh white color will protect you from the plague, and you must earn your ration of color by staying obedient. Or so they say. But Ravengirl stopped listening. 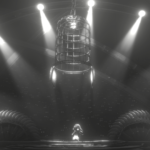 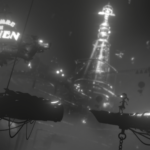 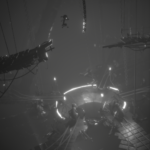 Her escape pushes you deeper and deeper into ever more surreal parts of the city – slums constructed out of the remains of a circus, giant workers’ quarters which travel through the endless night, a perverted amusement park where white color flows endlessly, a forgotten place where the other outlaws gather around a tree made of tin.

On your journey into the darkness you will become the main attraction of the half-human, half-animal inhabitants of the city. You will catch up with your own past and become a victim, a perpetrator, a prophet. You will find the resistance hidden deep in the belly of the city and learn about the horrible truth of the white color and the world outside the city. Or will you?

Similarities to George Orwell’s Animal Farm are intentional and cannot be dismissed. Without giving away too much, this dark world full of enslaved animal creatures deals with deeply ingrained civic issues such as social injustice, racism as well as a ruling class that tries to maintain its power through false reports, lies and violence after a worldwide catastrophe. 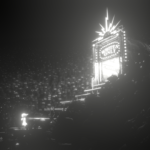 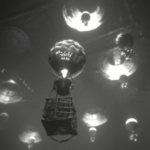 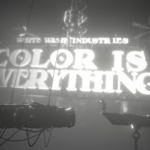 You control a small, lost Ravengirl through a dark, giant world of steel machines, production lines and propaganda. A world whose inhabitants were convinced that a layer of white paint would protect them from a rampant epidemic. A world in which everything has its assigned place and disobedience is bitterly punished.

In the game, escape sequences alternate with puzzles and classic platformer elements. The gameplay takes place in 2D, but the huge three-dimensional world offers breathtaking scenes, a variety of weird characters and devices vehicles that you’re able to steer through this bizarre world.

White Shadows will be released in the first half of 2021 for PC, PS5 and Xbox Series X. It’s published by Headup and produced by Mixtvision, known from games like Far: Lone Sails and Minute of Islands. More information can be found on White Shadows’ Steam Page.