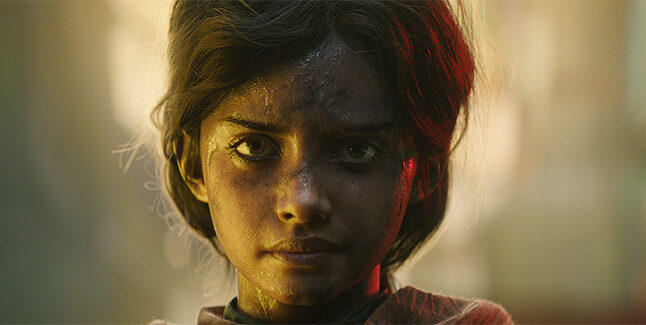 Reflector Entertainment has unveiled the teaser trailer for the studio’s first video game, Unknown 9: Awakening . The game represents the tentpole of a much larger content ecosystem that is being built around the ambitious Unknown 9 Storyworld. The studio is inviting everyone to delve into the world of Unknown 9, with a first look at the new teaser trailer for the video game that is set to release in 2021.

Driven by a seasoned and diverse development team, the Reflector studio has created a brand-new Storyworld that they’re officially revealing today. The team brings Unknown 9: Awakening, a 3rd person narrative-driven action-adventure game, with a first look at its protagonist, Haroona, and a glimpse into her Fold abilities.

Raised on the streets of Kolkata, India and haunted by visions of her own death, Haroona struggles to understand her mysterious innate abilities to manipulate the unseen. A mentor soon helps Haroona hone her gifts, teaches her to access the mysterious hidden dimension known as The Fold and propels her on a journey to unlock the mysteries of this new realm.

“Unknown 9: Awakening is Reflector’s first game. It’s a passion project being undertaken by a small team of industry veterans that want to do things differently,” says Alexandre Amancio, CEO at Reflector Entertainment. “Our game features a complex heroine that must come to terms with who she is. The game is set in the Unknown 9 universe, a modern Storyworld that centers on humanity being on the edge of either transcendence or self-destruction.”

The broader Unknown 9 universe features interconnected media and content offerings with intersecting characters and storylines that form a rich and immersive Storyworld – including a mystery-thriller novel by bestselling author Layton Green entitled Unknown 9: Genesis, an original podcast called Unknown 9: Out of Sight, and a comic book, Unknown 9: Torment. These various offerings are all standalone products, but when experienced as a whole, they form a broader narrative and lead to a greater appreciation of the mysterious Unknown 9 universe.

In anticipation of the game’s release in 2021, fans can delve into the Unknown 9 Storyworld by visiting unknown9.com where they can participate in Unknown 9: Chapters, an interactive, community-driven experience, created by Montreal studio Alice & Smith, that lets fans decipher mysteries of the Unknown 9 universe. They will also gain access to parts of the novel, podcast, & comic book for free for a limited time.

Unknown 9 is about finding the extraordinary in the mundane, seeking out that which has been forgotten, and believing in the Unknown. Through Reflector’s comic books, novels, scripted podcast series, video game, interactive experience, and more, audiences can discover a Storyworld of interconnected plots and characters. It’s a universe steeped in mystery and the paranormal that connects real-world history, mythology, and conspiracy theories with its own rich lore.