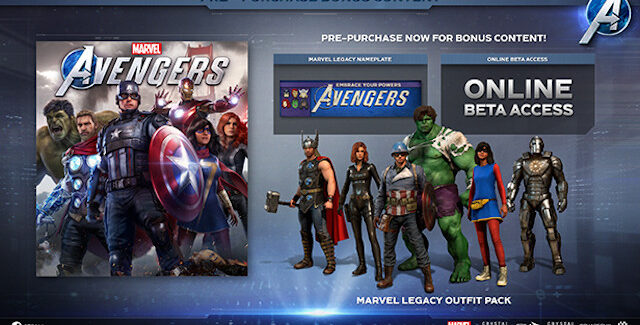 Here we will show you how to unlock all Marvel’s Avengers Game codes with a cheats list that’s valid for the PC, PS4 & Xbox One versions (where available).

How to farm for unlimited XP & Money: Due to a checkpoint glitch in certain Campaign Missions like “Breakout”, where you visit an AIM Inhuman Research Facility with lots of loot to collect, you can replay them to keep farming for gear, currency units for cosmetic items, upgrade modules, gear and other resources.

This next guide goes over Tony Stark’s costume unlockables you get for each character by completing all Campaign Missions and other tips and tricks to get more upgrades & items you’ll find handy to have as you progress through the game.

Camera Tip for PC Players: Pause the game and from the Main Menu select the “Gameplay” tab to turn off “Auto-Center Camera” for a much smoother gameplay experience. It’s turned on by default, which can mess up the gameplay for PC players using a mouse and keyboard.

Additionally, you can also turn off “Combat Camera Recovery” if that’s better to your liking.

Each character’s biggest advantages are:

Pre-order Bonus DLC: Pre-Purchase any edition of Marvel’s Avengers for a Marvel Legacy Outfit pack, and a nameplate.

Post-launch Hero Characters DLC: Marvel’s Avengers multiplayer launches with 6 base heroes in a free battle pass. Post-launch, each hero requires a battle pass (aka Hero Challenge Card) that costs 1,000 in-game credits or $10 each to activate.

The first two announced DLC characters are Hawkeye and Kate Bishop, with Black Panther being rumored.

Do you know of any Marvel’s Avengers Game cheats or unlockables? Let us know in the comments, you’ll get credit for finding out. – Thanks for visiting!