Flying Wild Hog Working on a Multiplayer Sci-fi Action RPG, to be Published by Jagex 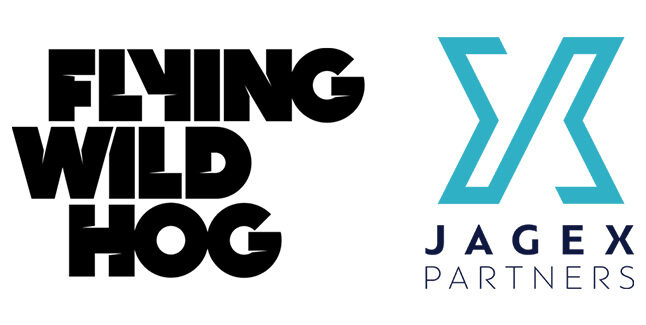 Leading British games company Jagex has today announced that it has signed a deal with Flying Wild Hog to launch a new multi-format living game, the first title to be signed to its third-party publishing division Jagex Partners.

The deal will see the game launch in 2021, with open and closed beta phases planned to allow players into the game ahead of release. The game will launch on Jagex’s new publishing platform, which is being developed using the extensive knowledge and skills that Jagex has built over almost two decades of running live game services.

Founded in 2009 and with more than 250 staff based in Poland at studios in Warsaw, Cracow and Rzeszów, Flying Wild Hog is best known for Hard Reset and the Shadow Warrior series. It was acquired last year by private equity firm Supernova Capital LLP, founded by former Splash Damage CEO Paul Wedgwood.

Jagex, well known for the success of its $1billion RuneScape franchise, now in its 20th year of live service operations, launched Jagex Partners in 2018 to deliver live game publishing and operational services tailored specifically to the needs of third-party studios. Central to the offer is access to Jagex’s living games publishing suite of services, including user acquisition, digital marketing, analytic and audience insight systems, monetisation design, and community leadership.

Flying Wild Hog CEO, Michal Szustak, said: “In Jagex, we’ve found the ideal publishing partner for a game that our talented development team can’t wait to show the world. What’s been clear since the very first conversation we had with Jagex Partners is that they completely understand independent development, the resources and best practice in building and maintaining a live game service, and crucially how to delight and engage players.”

Phil Mansell, Jagex CEO, said: “When we set out to build Jagex into the home of a portfolio of living games – experiences like the RuneScape franchise which have the ability to last for 20 years or more – we were absolutely confident that we would be able to find games of huge potential. In Flying Wild Hog, we’ve found a partner that fully appreciates the importance of evergreen and evolving design, meaningful social interaction, player empowerment, and long-term commercial opportunity. It’s a team with a rare combination of passion, vision, focus and skill. Together with Jagex, this is a potent combination and we’re really excited to get our teeth into this partnership and to work as one international team.”

Jeff Pabst, VP 3rd Party & Partnerships, said: “We’ve looked at hundreds of games since we launched Jagex Partners because we always knew that we wanted to find the absolute best for our first deal – and that takes time to find. We have found a great game and a great partner in FWH and we can’t wait to start building something special for a new community of players.”

Paul Wedgwood, founder of Supernova Capital, added: “When we fused the talent at Flying Wild Hog with Supernova’s proven leadership, we knew we could create something very special together. And now we’re delighted to count Jagex as a fellow adventurer on this journey, a partner that understands the passion of development, has deep publishing knowledge and experience, and has a clear business strategy and vision to make what lies ahead a huge success.”

More details about the Flying Wild Hog title will be revealed in the coming months. For more information about Jagex Partners and to stay up to date with the latest information go to jagex.com/partners.