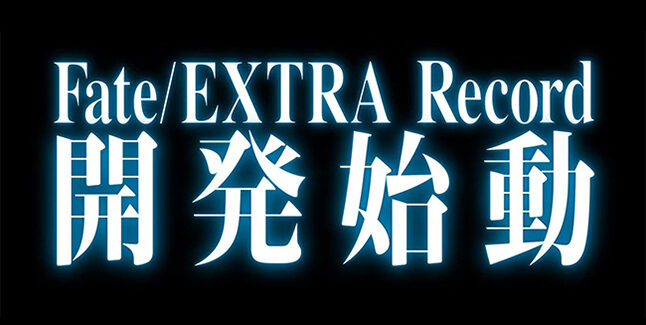 To commemorate the 10th anniversary of PSP RPG Fate/EXTRA, Type-Moon Studio BB teased a current-generation remake of the original game titled Fate/EXTRA Record and destined for release on multiple platforms.

Fate/EXTRA was first released in 2010 on the PSP, and localized into English by Aksys Game in 2011. It told the story of the “Moon Holy Grail War”, a more sci-fi inflected take on Fate/Stay Night‘s original concept. In it, “wizard” Spiritron hackers dive into a virtual world to summon Servants and do battle for control of the Holy Grail, which in this case is an omnipotent supercomputer built into the core of the moon. Fate/EXTRA featured character designs by artist Wada Arco, and introduced fans to Servants like Nero Claudius, Tamamo-no-Mae, and Francis Drake. The game received a PSP sequel, Fate/EXTRA CCC, which was never localized, though its Servants, like BB, Meltryllis, Passionlip, and Kiara Sessyoin, eventually made it into Fate/Grand Order.

The Fate/EXTRA Record reveal itself was less than ten minutes long, serving mainly to debut the trailer, then use a motion-captured, “Virtual Youtuber”-style avatar of Rin Tohsaka to promise more information on another stream this July 22, 2020, at 2000 Japan time.

Fate/EXTRA Record is in development, and due out on multiple platforms. The official website is accessible here.