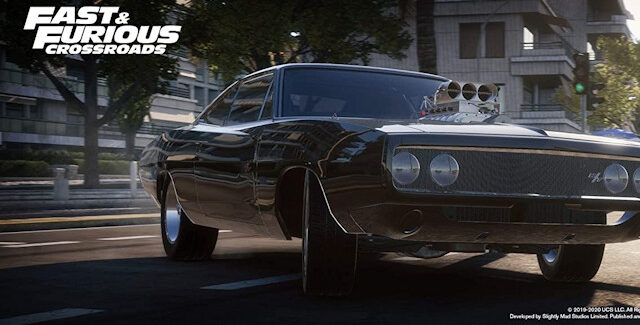 Here we will show you how to unlock all Fast & Furious Crossroads codes with a cheats list that’s valid for the PC, PS4, Switch & Xbox One versions (where available).

As you play through the single player story and multiplayer modes you’ll gain XP. With the gathered XP you can unlock a variety of in-game items…

From cars (like 2 Fast 2 Furious’s Chevrolet Yenko Camaro and concept/electric/prototypes) to wraps, profile customization, gadget upgrades, new paint types, exclusive license plates, emotive sprays, and collectibles that take you behind the scenes on the making of Fast & Furious Crossroads.

Note: The Online Ops multiplayer will receive add-ons after launch that will bring new car/gadget combos and maps to the game!

Developer Slightly Mad Studios’ Andy Tudor gives a heads up about what’s the coolest thing about the game.

To quote him: “Playing as a crew. Either in Story Mode switching characters between Dom, Letty, Vienna or Cam to bring down a bad guy, or in Online Ops while you and your friends protect each other and coordinate to bring home the win. Family is a key theme in the films, so it was vital that the game embodied that while you perform epic stunts or engage in compelling action sequences. And, when you get that feeling that your crew has your back while in the middle of the action, it’s pretty cool.”

Do you know of any Fast & Furious Crossroads cheats or unlockables? Let us know in the comments, you’ll get credit for finding out. – Thanks for visiting!