Home » News » Crash Bandicoot 4: It’s About Time Announced for PS4 and Xbox One

Crash Bandicoot 4: It’s About Time Announced for PS4 and Xbox One 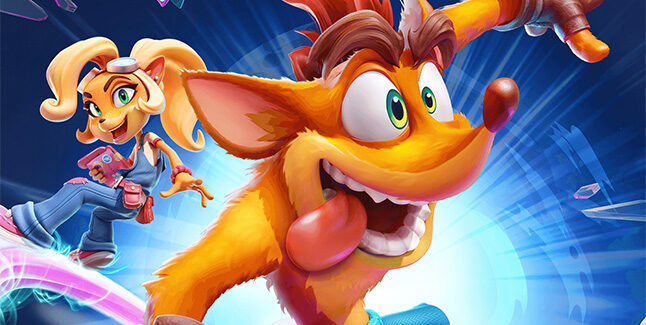 It’s about time for Crash Bandicoot – the orange spin-jumping and dancing marsupial – to return in a sequel to his original trilogy, fittingly named Crash Bandicoot 4: It’s About Time, coming this fall to PlayStation 4 and Xbox One.

This is the first brand-new Crash Bandicoot game in over ten years; an epic and absurd platforming adventure completely built from the ground up, and a true successor to the original trilogy!

Yes, we’re fur real: Crash is back, and it’s about time… Or more specifically, our bandicoot is here with his friends to protect the fate of the entire space-time continuum across the multiverse! 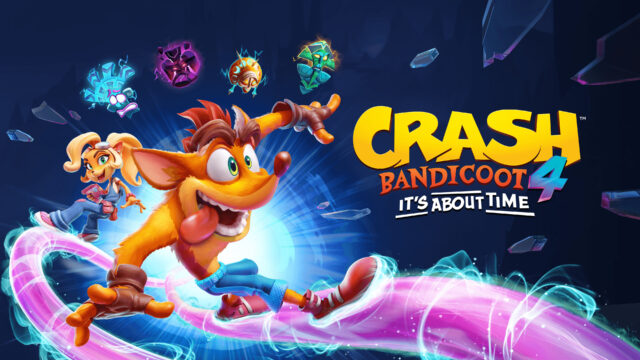 On October 2nd, 2020, join Crash, Coco and friends across time and space to stop Neo Cortex, Dr. N. Tropy, and other nefarious forces from not only taking over the world, but the entire multiverse. 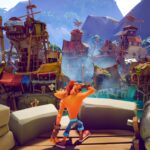 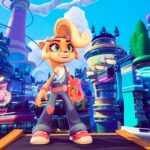 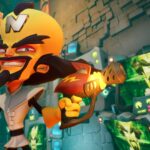 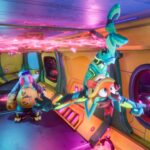 Here’s our 4-ward looking statement at this sequel:

The Very Model of a Modern Major Marsupial

Crash Bandicoot 4: It’s About Time is the first original entry in the Crash franchise in over a decade and is a direct sequel to the original trilogy over 20 years in the making.

The core experience of what makes Crash Bandicoot games so entertaining – an intense and hilarious 3D platforming experience defined by a certain marsupial’s brash attitude – remains faithfully intact, but with a number of new twists: This includes a reimagined and updated art style, new gameplay mechanics, and innovative abilities, like being able to switch between Modern and Retro modes of play: These are all features that allow longtime fans and new players alike to enjoy Crash’s latest adventure!

You can see this reflected in the game’s reveal trailer and screenshots. Visually, Toys for Bob is introducing a fresh take on Crash, his friends, his enemies, and the landscapes around them with a new art style. While staying true to the franchise’s zany spirit, expect to see new worlds, lush vistas, and an absurd variety of enemies and hazards in a style and visual fidelity fit for the modern gaming experience. 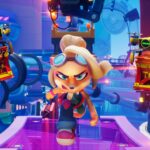 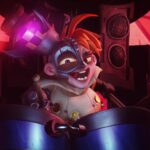 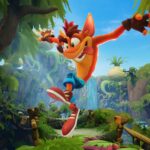 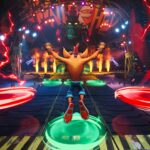 Crash and Coco are still jumping, spinning, and wumping around as they are known for, but don’t think they’ve sat around with nary a new trick up their (lack of) sleeves!

New to Crash Bandicoot 4 are the Quantum Masks: four powerful guardians of space and time that give our heroes the power to bend the rules of reality and conquer dangerous obstacles in exciting new ways.

Out of these four masks, two are introduced within the launch trailer: Kupuna-Wa (the Time Mask), who slows down time to allow for even more precise movements, and the Ika Ika (the Gravity Mask), who allows for platforming upside down despite the regular laws of physics! 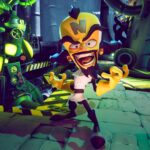 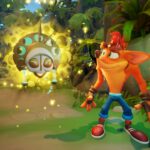 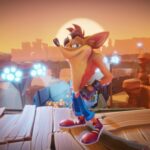 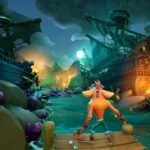 Have you ever wondered what it’s like to be the mad man in the eternal struggle between bad science and a Bandicoot? Now you’ll get your chance!

Not only can you tackle some fiendish platforming challenges as Crash or Coco, but during your quest to save the multiverse, you’ll also control newly playable characters, like the cunning Neo Cortex, to gain alternate perspectives into how our bandicoot heroes are saving the world one shimmy dance at a time.

That’s not to mention a host of new and enhanced features, as well as larger-than-life boss battles and new platforming tricks like wall running, rail grinding, and rope swinging, that are packed into this love letter to Crash fans by Crash fans at developer Toys for Bob.

Pre-Orders Live Now – Get it on Digital for Totally Tubular Skins!

Purchasing the game digitally will grant you the Totally Tubular Skins (available at launch), which puts Crash and Coco into some digs that shows off their radical roots.

If you also think that It’s About Time that another original Crash game is getting released, then you can pre-order the game now at crashbandicoot.com/crash4.