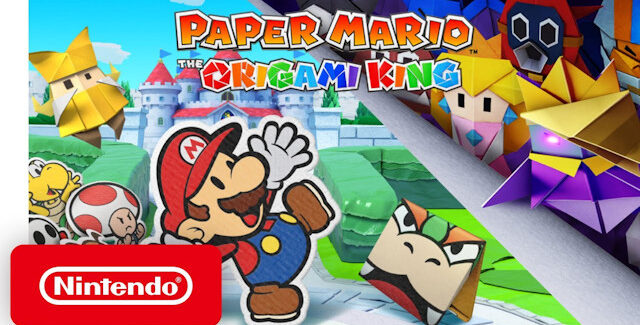 Here we will show you how to unlock all Paper Mario: The Origami King codes with a cheats list that’s valid for the Switch title (where available).

What Unlockables Are There?: Toads aren’t the only things you can find stashed away. Use your confetti to repair holes torn in the landscape, whack suspicious spots with your hammer to find hidden items, and try your luck at minigames to earn in-game rewards. Leave no stone unturned as you travel the world in search of hidden secrets and treasures.

Poke around a bit to find Toads hidden in holes, under rocks, and disguised as origami creatures like bugs and butterflies. They can boost your battle audience and help repopulate Toad Town.

How To Get All Unlockables: Buy the following two Professor Toad gadgets from Shy Guy Salesmen to find most hidden unlockables on your first playthrough. Buy the two different trackers called Missing Toad Alert and Hidden Block Alert to find them all!

Tip: Get the 50% Discount Badge first, in order to make buying the two gadgets much cheaper.

Note: If you’re looking to gain extra coins, that there’s a handy item that keeps giving you 10,000 coins for progressing through the game’s areas.
Its exact name escapes me, but its in-game description will say what it does.

What a 100% Completion Savegame Unlocks: If you do end up getting 100% of the secrets, unlockables and collectibles in Paper Mario: The Origami King, you’ll unlock an extra post-credits scene that commemorates those dear to you throughout this game.

After completing the game 100%, there’s also a second extra scene at the museum with the curator. Although this scene is more of a joke.

Intro Video Guide: From Autumn Mountain to the Scorching Sandpaper Desert, learn more about the world of Paper Mario: The Origami King.

Basics Video Guide: Take a first look at all of the fun characters and exciting discoveries in Paper Mario: The Origami King! Our 2-dimensional hero begins his adventure.

Gameplay Video Guide: Check out new gameplay from Paper Mario: The Origami King as the game’s developers at Nintendo Treehouse: Live take you through the start of the game while giving handy tips and tricks!

Tip: While Ring Puzzles are optional to complete at the start of a battle, if solved correctly you get a useful 1.5 times damage boost.

Note: There will be 5 Partners you can pair up with in the game, they will help out if you mess up.

Do you know of any Paper Mario: The Origami King cheats or unlockables? Let us know in the comments, you’ll get credit for finding out. – Thanks for visiting!