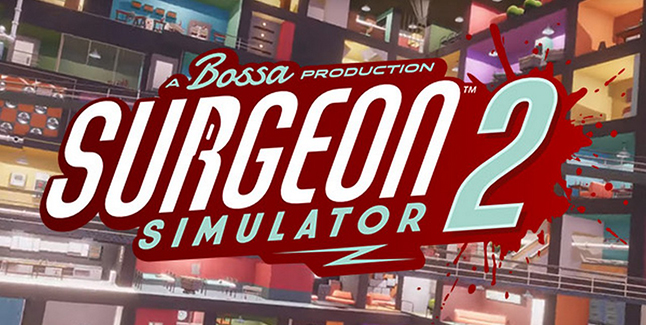 The hospital curtains were finally drawn back on Surgeon Simulator 2, fully unveiling it to the world in the form of a Gameplay Reveal Trailer at the PC Gaming Show.

The gut-busting video game sequel to the original bonafide operation sim, Surgeon Simulator was released in 2013, and quickly gained notoriety for its chaotic gameplay and the rib-tickling moments that ensued as a result. When it came to remixing the formula for Surgeon Simulator 2, Bossa Studios double-downed on this sense of physics-based pandemonium. And as the new trailer strongly suggests, Bob’s chest cavity isn’t the only thing to have opened up…

Cranking the clock back to mid-century England, players can expect an all-new setting this time round in the form of the Bossa Labs medical facility. A place of wonder, a theatre of tomfoolery, it was designed to teach surgery to the masses, and to that end, a series of bone chilling trials and limb-twisting tribulations await thanks to new puzzle-based gameplay!

Surgery, of course, remains at the heart of the experience, though new to the series is four-way multiplayer. Yes, we’re talking true co-operation! But will teamwork make the spleen work… or will four heads put a spanner in the works? 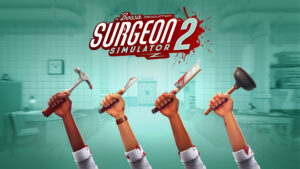 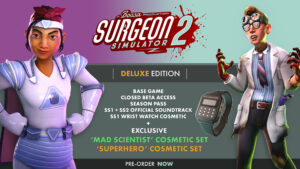 Whilst only hinted at in the Reveal Trailer, we’re also delighted to confirm that Surgeon Simulator 2 will arrive with the Bossa Labs Creation Mode, which houses the very same tool used by the development team to create Surgeon Simulator 2! In this mode, players can create their own levels and experiences with up to three friends in a live, online environment, and can then share them online for other players to experience. More news on this to follow shortly…

As for when Surgeon Simulator 2 will be released, August 2020 is the current word on the ward, but fans can now pre-order the game from the Epic Games Store. By doing so, players will not only unlock Closed Beta access later this summer, but will receive time-exclusive cosmetics including the Mad Scientist cosmetic set. The Surgeon Simulator 2 Deluxe Edition is also available for pre-order and will include all of the previously listed bonuses as well as the Season Pass, Official Soundtracks, the Surgeon Simulator Wristwatch Cosmetic Item and the Super Hero Cosmetic Set. The Standard Edition is available for €20.99 and the Deluxe Edition for €32.99.

The Reveal Trailer marks the first of a series of exciting Surgeon Simulator 2 announcements. In the meantime, players can sign up for more information via the official homepage, surgeonsim.com.