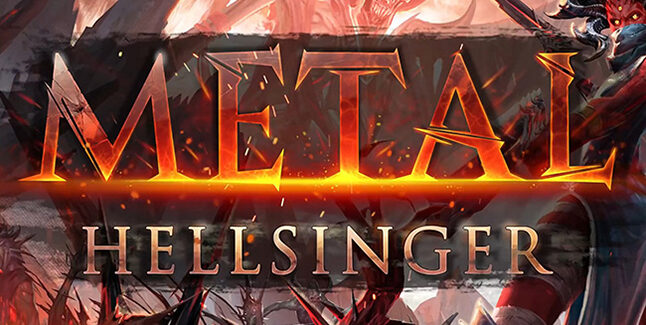 Developer The Outsiders and publisher Funcom have revealed its newest game, Metal: Hellsinger, which is shaping up to be a cross between demon-slaying FPS and a heavy metal rhythm game.

As part of IGN’s Summer Of Gaming, the developer has released a new pre-alpha gameplay trailer that showcases the game’s beat-matching gunplay. “There’s this zen state you get into with rhythm games, and I also get into it with first-person shooters. And I thought it would be cool if you could do both. Especially if I could do it with music that I love,” The Outsiders’ founder David Goldfarb told IGN.

Part human, part demon, and obsessed with vengeance. Become The Unknown, and fight through the fiercest domains of Hell. Destroy the demon hordes and their leaders to set yourself up for an epic showdown with The Red Judge herself.

Every legend has a song. And yours is one of metal, vengeance, and destruction.

Here’s Metal: Hellsinger’s image gallery. Click on any of these image thumbnails to see the full-size screens: 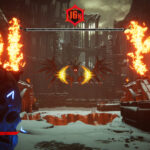 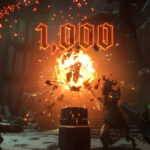 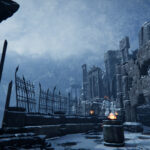 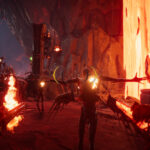 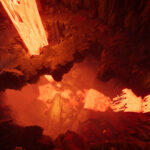 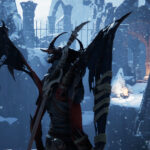 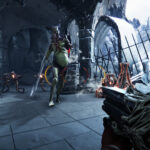 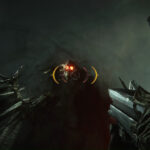 • Slay to the Beat – Metal: Hellsinger is a rhythm first-person shooter, where your ability to shoot on the beat will enhance your gameplay experience. The more in sync you are with the rhythm, the more intense the music will become and the more destruction you will cause.

• Demonic Arsenal – Defeat the demon hordes with a skull-clad blade or a wide range of murderous guns. Each weapon has its own ultimate ability, such as Murder of Crows or The Big Goodbye.

• Epic Story and Challenge Mode – Play through an epic storyline, narrated by award-winning actor Troy Baker. Then conquer the leaderboards or challenge your friends to beat your score in Challenge Mode.

• Fight through Fire, Ice, Metal, and Madness – Although commonly known as Hell, The Infernal Planes is in reality a union of a thousand Hells, all of which are terrifying and diabolical in their own way. In order to dethrone The Red Judge, you must fight your way through the fiercest corners, from the icy world of Voke to the maddening world of Stygia.

Metal: Hellsinger will be released on PlayStation 4, PlayStation 5, Xbox One, Xbox Series X and PC in 2021.