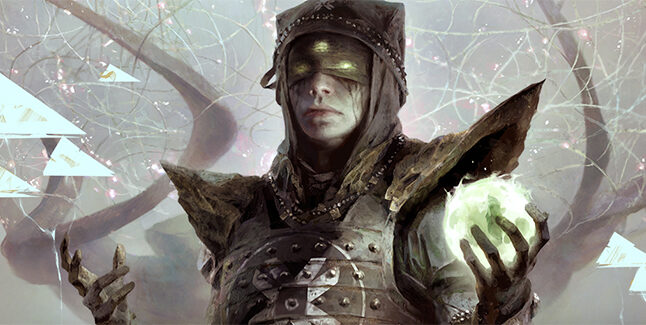 Bungie has announced the next chapter in the Destiny 2 universe with the worldwide reveal of the next expansion – Destiny 2: Beyond Light – which arrives on September 22, 2020. In addition to the first details on the next expansion, Bungie unveiled its next Destiny 2 season – Season of Arrivals – which it’s out now.

Check Out a Set of Destiny 2 Trailers:

As part of its single evolving world, Bungie has crafted both Season of Arrivals and the Beyond Light expansion to continue the thrilling narrative featuring Guardians in their ongoing battle to save humanity. Mysteries will be revealed, new powers will be discovered, and the true menace of the Pyramid ships will be explored. And it all starts today with Season of Arrivals.

For months, the mysterious Pyramid ships have been making their way to our solar system, their purpose unknown but their menace clear. In Season of Arrivals, the moon of Io will see the arrival of the first Pyramid ship, setting off a chain of events that will unfold throughout the Season, into the Beyond Light expansion, and beyond. 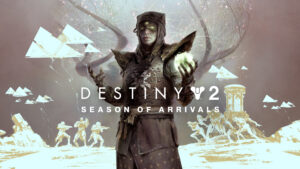 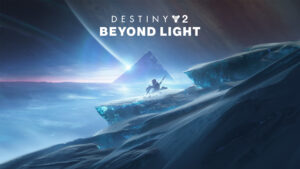 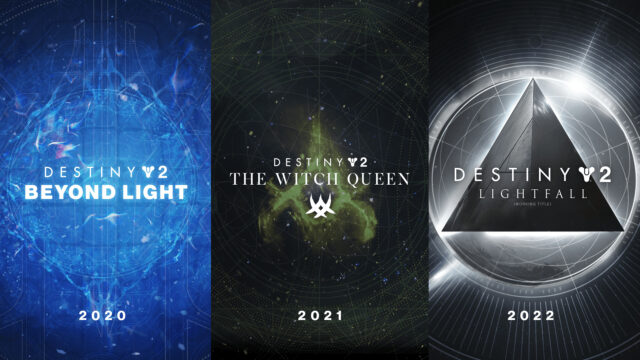 A new power is born out of the ancient Pyramid ship above Europa, and a dark empire has risen beneath. In the Destiny 2: Beyond Light expansion, Guardians will explore a changed universe, with a new destination, new adventures, and even new powers to explore.

Explore Europa: In Beyond Light, Guardians will be called to a new destination: Jupiter’s frozen moon of Europa. Brave the unrelenting glacial frontier, infiltrate the Golden Age Braytech facility, and uncover the secrets that lie deep under the ancient ice.

Wield the Darkness: As a new threat emerges, so too does a mysterious new power – Stasis. Rooted in Darkness, Guardians will wield this new elemental power alongside Arc, Solar, and Void to summon epic supers and control the battlefield. Titans, Warlocks and Hunters will each use Stasis in a different way. More details on Stasis to come later this summer.

A New Raid: Below the frozen tundra of Europa lies the Deep Stone Crypt. For decades it has remained dormant. Guardians will test their skill and teamwork in this brand new six-person raid, where glorious rewards await.

The Rise of Eramis: The splintered houses of the Fallen have rallied and built their new empire on Europa, united under the banner of the Fallen Kell of Darkness, Eramis. Abandoned by the Traveler and left by the Light, Eramis is on her own journey into the Darkness, and towards a collision course with Guardians.

Players can pre-order Destiny 2: Beyond Light now to get instant access to a special Exotic Ghost Shell and Legendary Emblem! Digital Deluxe owners also receive instant access to the new Exotic Freeze Tag emote. Pre-orders for Destiny 2: Beyond Light are available now on Steam, Stadia, Xbox One, and will be available soon on the PlayStation Store.

The Destiny 2: Beyond Light Digital Deluxe Edition will be available to pre-order on all platforms: 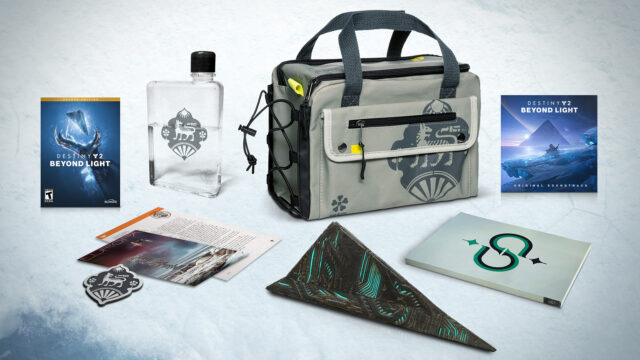 The Destiny 2: Beyond Light Collector’s Edition will only be available from the Bungie Store: 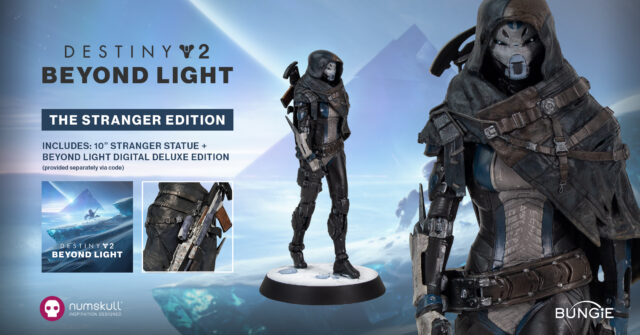 Destiny 2: Beyond Light The Stranger Edition

The Stranger Edition is the only way for fans to access an exclusive 10” statue of The Stranger, sold with purchase of the Deluxe Edition at select retailers worldwide. For regional availability, check: numskull.com/official-destiny-merchandise

Destiny 2: Beyond Light will launch on September 22, 2020 in Destiny 2. For more information please visit: destinythegame.com/beyondlight.

A dark omen enters the system and a signal howls through the emptiness of space. In the shadow of the mysterious Pyramid ship, Guardians must search for answers. The ongoing narrative in Destiny’s evolving universe continues with the launch of the eleventh Season: Season of Arrivals.

Starting today, players can embark on new activities to enjoy, discover new gear to pursue, and experience a new chapter in the Destiny 2 universe.

New Dungeon: Later on today, Guardians will be challenged with a new dungeon, Prophecy, available to all Destiny 2 players. Face the mystery and unlock the new DAITO Foundry armor and reprised Trials of the Nine armor sets.

Decipher the Darkness: Throughout the Season, Messages of Darkness will be found on Io. Journey to the Cradle on Io and uncover these hidden communications.

Contact Public Event: Join Guardians in public events beneath the newly arrived Pyramid ship on Io, where an untapped power has summoned the enemies of humanity. 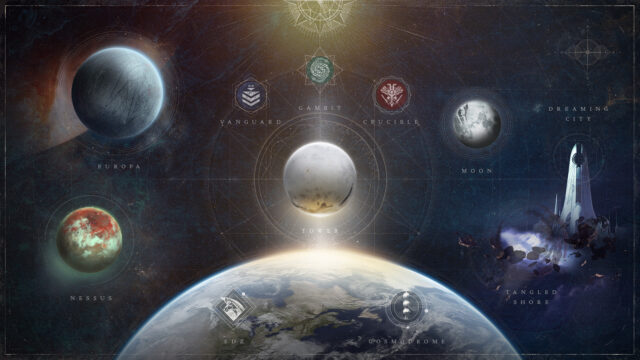 Destiny 2 is free to play and includes many of the new features being launched with Season of Arrivals. Season Pass holders have access to all activities with additional premium rewards and instant unlocks:

A Destiny 2 Season Pass can be purchased in-game for 1000 Silver. For more information on Season of Arrivals and how to download and start playing for free, visit: destinythegame.com.