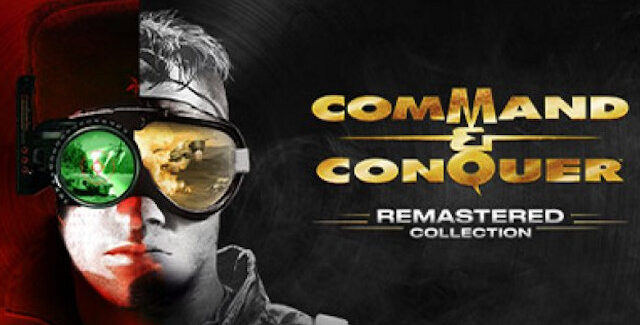 Here we will show you how to unlock all Command & Conquer: Remastered Collection codes with a cheats list that’s valid for the PC version (where available).

Take a look at the cheats below… Luckily there are still working PC cheats! Despite the fact that the developers have said that “cheats will NOT be formally in the game” (but that may have been a reference to the console-version’s cheat codes) and they have also fixed a lot of old glitches.

How to switch between the original and remastered graphics: Press the Spacebar key on your keyboard during any singleplayer campaign mission (and in solo Skirmish matches as well) to see the graphics switch in real-time from the remastered new 4K graphics back to the classic 1995 & 1996 graphics of the originals. You can play whichever way you prefer.

Toggle the graphics from old to new and back by pressing the Spacebar key again and again. It’s great for whenever you’ve had enough of the redone high-res 1440p 4K graphics and are feeling nostalgic for that 1990’s retro 320×200 resolution! (Originally made for 640×480 monitors.)

Note that this toggle also changes the music and sound effects from the original to the remastered versions!

How to unlock bonus gallery content: Each singleplayer campaign mission you complete in the Command & Conquer and Red Alert remasters, will unlock behind-the-scenes content for you to view in the Bonus Gallery.

Some of these will be never-before-seen behind-the-scenes FMV footage like this old beta cam tape video with Kane from the C&C NOD good ending:

When you pause the game, you can adjust the in-game music that plays through the new enhanced Jukebox feature. It actually lets you customize your entire soundtrack with playlist support. What this means is that you can play the over 7 hours of remastered music, including 20 music tracks re-recorded live by original composer Frank Klepacki and the Tiberian Sons. — This beautifully remixed soundtrack is available in full in both games, so you can play C&C music in Red Alert and Red Alert music in C&C! Make sure you add the Bonus Tracks as they are previously unreleased music tracks made at the time of the original games and included for the first time in this collection.

How to zoom in on the battlefield: Another neat little extra feature in the Remastered Collection is that you can scroll your mouse wheel up and down to zoom the camera between the legacy DOS and Gold Windows ’95 version distances for a better look at the battlefield. So you can zoom in on the action.

No Base Damage from Air Strikes, Ion Cannon Blasts & Nukes

In the NOD campaign: The GDI computer player will send many A-10s with Air Strikes to your North-most base building or field unit (and in later missions many Ion Cannon blasts as well). Instead of building expensive SAM Sites* to stop the Air Strikes, you can either build a Turret or other cheap building a safe distance North-West above your base and keep rebuilding it OR send a cheap Minigunner soldier far enough North of your base over and over again, so that the Air Strikes never hit your main base / army.

Do note that enemy units that are coming to attack your base will also try to kill whatever soldier is most North of all your units / buildings.

*Similarly, all enemy units will go for the most-North building. You can abuse this even further by actually building a SAM Site with a few defenses under or to the right of it, because even enemy Engineers will go into the SAM Site to take try to it over, but instead no damage will be done to it (nothing happens haha). Plus it’s such a strong building, it can take a punch, even a Nuke.

In the GDI campaign: The NOD computer player does the same thing and in later missions will keep launching Nuclear Missiles to your most-North building. Once again, you can build a Turret or another cheap building a safe distance North-West above your base and keep rebuilding it. This will save you a lot of expensive-to-repair damage during a time where Tiberium expense management is key to your victory.

Sandbagging Glitch To Box In The Enemy

How to make hard missions easier with sandbagging: In the singleplayer campaign, when you build the Sandbags (or any kind of build-able walls) they do not get recognized as an enemy target by computer players, but rather just as an environment object they ignore.

You can exploit this glitch to box the enemy in its own base, by building a wall around it, leaving them unable to attack you any further. A simpler exploit is to box in the enemy Harvester(s) with a Sandbag wall, so they run out of money and cannot attack you any more.

How to unlock the hidden singleplayer Dinosaur Missions: [unconfirmed] Completing either the GDI or NOD singleplayer campaign of the main game (or all of the Covert Operations missions?) will unlock extra missions for you to play involving a dinosaur invasion.

You can access the Dinosaur Missions from the Main Menu, by going to Mission Select, selecting the Dino Logo tab, and then you can choose what mission from the “Funpark Campaign” you want to play!

In the original C&C: Covert Operations expansion you had to start the game by typing “c&c funpark” to start a new game with special dinosaur missions. But of course that won’t work anymore in the remake.

Please comment below if you found an easy trick to unlock them right away. As listed next, the Red Alert secret Ant Missions can be unlocked at the Main Menu. Hopefully C&C has a similar cheat.

How to unlock the hidden singleplayer Ant Missions: While you’re on Red Alert’s Main Menu, move your mouse to hover over the top-right side of the Main Menu where you see a speaker in the background. Next, hold the SHIFT key on your keyboard and at the same time left-click with your mouse on the speaker to immediately access the secret Ant Missions.

Next time you play Red Alert, you can access it more easily from the Main Menu, by going to Mission Select, selecting the Ant Logo tab, and then you can choose what mission from the “IT CAME FROM! Ant Campaign” you want to play!

How to get free money and infantry units:

You can use this selling glitch as many times as you like, you just have to wait for the Nuke to be ready to be fired. 🙂

[Couldn’t get this old cheat to work anymore] In the singleplayer campaign, whenever you find yourself running out of ore, save the game and then reload it. The ore will have fully respawned and you’ll have as much to delve for cash as you had at the start of the mission.

[Work-In-Progress: We’ll update this page after launch to better reflect the remaster’s changes!]

On most missions, your aim is the same—build Structures, Infantry, and Vehicles and take total control of the map by destroying the other team and all their Structures.

Building costs Credits, so you’ll need a source of income. Use Harvesters to collect Tiberium and bring it to your Refinery to earn more. But remember, the other side wants that Tiberium too, so get ready to fight for it.

Check out these diagrams to learn more:

This is where you control in-game options like building Structures, Infantry, and Vehicles.

Click the three bars in the top right corner to get to the Options menu. This is also where you save your game in Campaign mode.

Here’s what else you can see in the sidebar:

You can save your progress during a mission in Campaign mode and Skirmish mode.

Do you know of any Command & Conquer: Remastered Collection cheats or unlockables? Let us know in the comments, you’ll get credit for finding out. – Thanks for visiting! 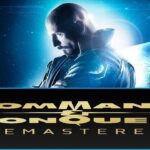 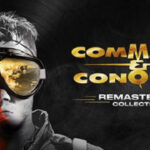 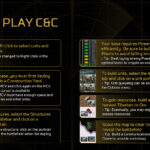 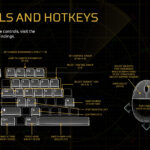 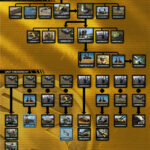 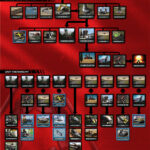 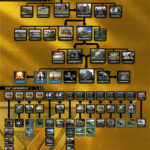 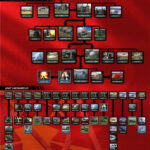 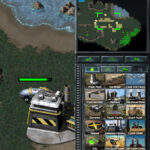 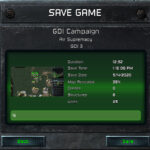 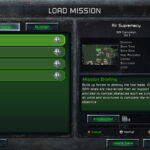 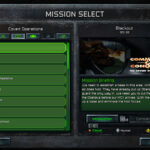 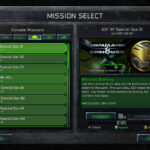 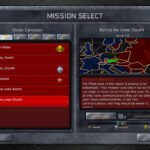 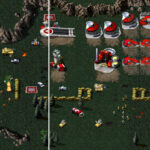 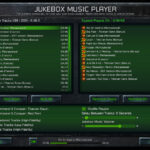 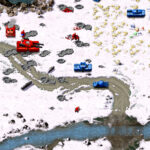